DUI and DWAI are usually filed as a misdemeanor in Colorado. But DUI can be filed as a felony charge if it is the defendant's 4th offense, or if the defendant causes an accident in which another person is injured or killed.

In this article, our Denver drunk driving defense lawyers explain what constitutes felony DUI in Colorado. We also discuss the penalties and possible defenses. 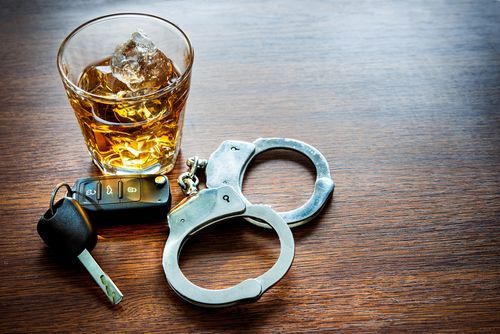 Colorado has a DUI "Four Strikes" Law. A fourth DUI or DWAI is an automatic felony.

Yes, based on 42-4-1301 CRS, the Colorado felony DUI statute. DUI is a class 4 felony in Colorado if the driver has at least three prior DUI-related convictions. Here are key points to know about Colorado's DUI "Four Strikes" Law:

So a person with three prior DWAI convictions would still face felony charges for a fourth DWAI in Colorado.1 It makes no difference that DWAIs are the least serious DUI-related offense.

2. Is DUI with injury a felony?

Yes, depending on the injury. Under 18-3-205 C.R.S., drunk or drugged driving is a class 4 felony if it causes someone else to sustain "serious bodily injuries." It makes no difference if the driver has no prior convictions.

Therefore, a minor bruise, a jammed finger, or a twisted ankle probably would not qualify as a "serious bodily injury."

3. Is DUI with death a felony?

Yes. Under 18-3-106 C.R.S., driving while impaired or under the influence is a class 3 felony if it causes someone else to die in an accident. As with vehicular assault, vehicular homicide is always a felony even if the driver has no prior convictions.

Note that a vehicular assault charge can be upgraded to vehicular homicide if the victim dies while the criminal case is pending.

4. What are the penalties for felony DUI?

It depends on the specific charge the defendant gets convicted of:

Defendants released from prison are required to use an ignition interlock device in their cars during their parole.6

5. What are the defenses to felony DUI charges?

There are several ways to fight drunk/drugged driving charges depending on the facts of the case. Five common defenses include:

In four-strikes cases, the defense attorney can try to show that the defendant does not have three prior DUI-related convictions. Perhaps these prior cases were dismissed, reduced to non-DUI charges, or do not meet Colorado's definition of driving under the influence or while impaired.

The defense attorney's goal is to raise a "reasonable doubt" about the defendant's guilt. Ideally, the prosecutors will see that their evidence is too inadequate to sustain a conviction. They may be willing to dismiss the charge or reduce it to reckless or careless driving.

Call our Denver criminal defense attorneys at 303-222-0330 for a free consultation.

We can help if you have been charged in Colorado with vehicular homicide, vehicular assault, DUI, or DWAI. Contact us today for a free consultation by phone or in-person at our centrally located Denver office: