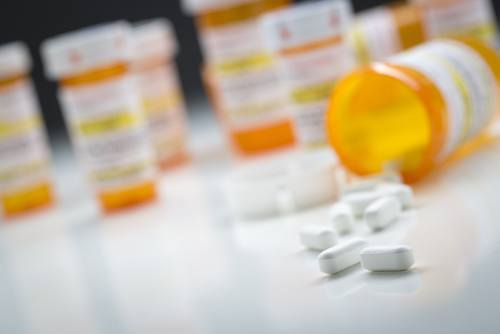 Possession of hydrocodone without a prescription in Colorado is considered a felony.

Colorado law makes it a felony to possess hydrocodone (also referred to as Vicodin or Norco) without a lawful prescription. The black market sale (or possession for sale) of the drug is an even more serious crime. In this article, our Colorado criminal defense lawyers will explain:

Hydrocodone is a multi-purpose opiate drug that is often prescribed by physicians to serve as an effective cough suppressant and pain reliever. Deriving from a mixture of codeine and oxygen, it was concocted to be potent without the damaging side effects associated high levels of potency. Its ability to produce varying degrees of euphoria has made the narcotic increasingly popular, especially amongst those with the intention to use it for recreational purposes. It is combined with acetaminophen - another addictive narcotic - to create the prescription medication labeled and sold as Vicodin.

Similar to other opioid drugs, those who use hydrocodone for extended periods of time can eventually become physically dependent on them which can cause the users to yearn for higher dosages. The feelings hydrocodone induces results in the widespread clinical and unlawful use of prescription medicines containing this substance.

Since it's been deemed a controlled substance by the nation's Drug Enforcement Administration, Colorado law prohibits the selling, distributing or possession of hydrocodone. Any person accused of any unlawful conduct involving prescription drugs that contain this narcotic can face serious consequences under Colorado law.

Colorado categorizes hydrocodone and other controlled substances into various “schedules” in accordance to their likelihood of being abused by users. The schedules consist of five classifications that range from the most dangerous substances to the least dangerous. There is also a separate schedule for the possession of synthetic cannabinoids and salvia.

Hydrocodone can fall in either Schedule II or Schedule III depending on the amount of drugs discovered when an individual is arrested.

The amount of hydrocodone, its schedule classification, and the intent of the accused to distribute or possess the drug, are all factors that can determine the penalties a person could receive if found guilty of hydrocodone drug possession offenses in Colorado.

2. The Unauthorized Use, Possession or Sale of Hydrocodone in Colorado

If a person is found with four grams or less of the prohibited substance, it is considered to be a class 6 felony, punishable by a fine of $1,000-$100,000 and a prison sentence of 1 year-18 months.

In Colorado it also considered to be unlawful for an individual to knowingly conspire to, or possess with the intent to do any of the following with hydrocodone:

The unlawful distribution, manufacturing, dispensing, or sale of this controlled substance is classified as a Colorado class 3 felony. This is punishable by a fine of $3000-$750,000 and a prison sentence of 4-12 years.

3. Unlawful use of hydrocodone

In Colorado, it is against the law to use a controlled substance unless legally authorized to do so. Thus, if a person does not have a prescription for hydrocodone but is using the substance anyway, he or she can be charged with this offense.

3.1 Penalties for the unlawful use of hydrocodone

The use of a controlled substance is classified as a Colorado level 2 drug misdemeanor, which is punishable by a fine of $50-$750 and a possible jail sentence of up to 12 months.3

Colorado takes a more rehabilitative approach to drug addiction. If caught consuming the substance, the court has the option of granting users treatment at their own expense. If the treatment is successfully completed, misdemeanor charges will be dismissed.

There are no affirmative defenses for charges involving the substance of hydrocodone. Since these cases are often individualized, the facts and circumstances of the case will determine the best types of defenses to pursue.

One defense that is commonly applied in cases where the actual user of the drug is up for debate is called the “unwitting possession” defense. A defendant using this defense contests that he or she was in unauthorized possession of a controlled substance.

For example, let's say you give a friend a ride to their house after work and they leave their drugs in your car by mistake. Oblivious to the presence of the unauthorized prescription drugs, you end up getting stopped by an officer. He noticed the substance in your car and you are apprehended on a prescription drug charge. If this were to happen, you could raise the unwitting possession defense due to the fact you weren't aware prescription containing hydrocodone was in your possession.

A few more common defenses often used in these cases include, but are not limited to:

If you or someone you know has been charged with a drug offense in Denver, contact our office today. Our skilled and understanding Colorado criminal attorneys will fight for your rights. Call our home office at (303) 222-0330 for a free consultation. We also assist with bail and release issues at all Colorado jails, including the Elbert County Jail.

In Nevada? See our article on Nevada Vicodin laws.