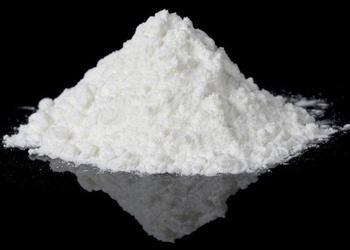 Use, possession or sale of cocaine in Colorado

Colorado law on controlled substances makes it a crime to knowingly use, possess, or sell cocaine.

Cocaine is a Colorado and federal Schedule II drug. This means that according to the government, it has a high potential for abuse, restricted medical use, and the potential for severe psychological or physical dependence.

Using cocaine is a misdemeanor, while possessing or selling it is a felony.

However, there are numerous defenses to these crimes, including (without limitation):

To help you better understand Colorado's laws on cocaine, our Colorado criminal defense lawyers discuss the following below:

Using cocaine is a misdemeanor under Section 18-18-404 of the Colorado Revised Statutes.

Although cocaine is occasionally used in hospitals or medical/surgical centers, such use is rare and is legal only when done under the supervision of an authorized medical practitioner.

1.1. Penalty for unlawful use of cocaine

The unlawful use of cocaine is a Colorado level 2 drug misdemeanor.

There is no jail time for unlawfully using cocaine in Colorado. The sole penalty is a potential fine of $50-$750. Alternatively, if it is your first drug offense, you may be eligible for drug treatment and dismissal of your misdemeanor drug charges upon successful completion.

However, if you possess the cocaine you use (as opposed to being given it by someone else), you risk being charged with unlawful possession, a more serious crime.

2.1. Penalties for simple possession of cocaine

Punishment for knowingly possessing cocaine in Colorado will often include:

However, unless you are ineligible for probation under 18-1.3-201 C.R.S., the court may place you on probation and defer your sentence to allow you to complete drug assessment and treatment. If you successfully comply with any court-imposed conditions and complete drug treatment, your felony charges will be reduced to a misdemeanor possession charge.

Terms and conditions of probation the court may impose can include:

Note that you are not eligible for probation or for a fine in lieu of imprisonment, community corrections, or work release if you have two or more prior convictions for a felony under the laws of Colorado or any other state or for a violation of federal law.1 You are also subject to mandatory prison time if you are subject to Colorado's aggravated drug sentencing (discussed in section 4, below).

Unless you are authorized by law to do so, it is a crime under 18-18-405 C.R.S. to sell, manufacture, distribute or dispense cocaine, or to possess cocaine with the intent to sell it.

It is also a violation of this section to induce, attempt to induce, or conspire with one or more other persons to do any of the foregoing, or to possess one or more chemicals or supplies or equipment with the intent to manufacture a controlled substance.

3.1. Penalties for sale of cocaine or possession with intent to sell

Punishment for a Colorado level 1 drug felony can include:

The mandatory minimum sentence increases to 12 years, however, if you are subject to Colorado's aggravated felony drug sentencing.

You commit a Colorado level 2 drug felony if you sell or possess for sale any material, compound, mixture, or preparation containing cocaine that weighs more than fourteen grams, but not more than two hundred twenty-five grams.3

Consequences of a Colorado level 2 cocaine felony can include:

Or, if you are subject to Colorado's aggravated sentencing range, 8-16 years in prison.

You commit a Colorado level 3 drug felony if you sell or possess for sale any material, compound, mixture, or preparation containing cocaine that weighs not more than fourteen grams.4

As a Colorado level 3 drug felony, consequences of cocaine sale or possession for sale can include:

Or, if you are sentenced in the aggravated range for a level 3 drug felony, the possible prison sentence for selling cocaine or possessing cocaine for sale increases to 4-6 years.

You commit a Colorado level 4 drug felony if:

Punishment for a conviction for a Colorado level 4 drug felony can include:

If you are subject to aggravated sentencing, however, you face potential punishment of 1-2 years in prison.

You face additional prison time for Colorado cocaine possession, sale or possession for sale if you are subject to Colorado's aggravated sentencing for felony drug offenses.

Colorado aggravated sentencing for drug felonies applies to people who are incarcerated, or on parole or had probation revoked for a prior felony at the time of their cocaine offense.

For a more complete listing of circumstances that can subject you to increased prison time for cocaine charges, please click here to see our article on Colorado's aggravated drug sentencing.

Colorado is not really looking to punish people who possess small quantities of cocaine for personal use. However, Colorado judges have wide discretion when it comes to sentencing those who violate Colorado drug laws and they are known to hand down long sentences to people convicted of sale or possession for sale.

If you or someone you know has been accused of unlawful cocaine sale or possession, our Colorado drug defense attorneys will fight aggressively to get evidence against you excluded.

And if what you need is treatment instead of incarceration, we will argue your case to the prosecutor and the judge and so that you can get the help you need.

Conviction of felony cocaine charges can cost you more than your freedom. It can make it difficult to get a job and impossible to exercise rights we take for granted – such as the right to own a gun.

Don't let an innocent mistake take your rights away from you. Contact us for a free consultation and find out why we are considered some of the best cocaine defense lawyers in Colorado.

For the fastest response, simply fill out the confidential form on this page. Or call us at our centrally located Denver office: