Who can make a citizen’s arrest in Colorado?

Anyone accused of violating Colorado's citizen's arrest law can raise a legal defense. A successful legal defense can mitigate the penalties of a conviction. They can also lead to an acquittal or force the charges to be dropped. Common defenses include:

The penalties for violating CRS 16-3-201 depend on what happened. You could be charged with one of several crimes, including:

You could also be sued by the person you arrested.

If you have been accused of violating CRS 16-3-201, you need a Colorado criminal defense attorney. In this article, they explain: 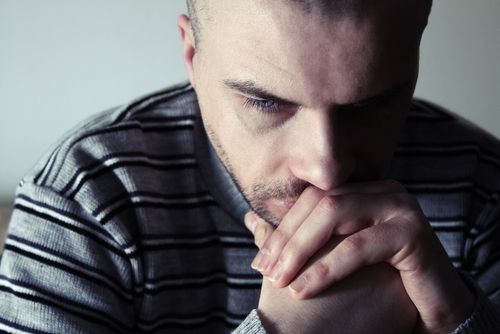 In Colorado, CRS 16-3-201 is the statute that defines a citizen's arrest. The law expressly allows people who are not police officers to make an arrest. These private citizens can make an arrest if a crime happens in their presence. They can use reasonable force while making this arrest.

The law immunizes private citizens from crimes that would typically follow from the force they use to make the arrest.

1.1 What does it mean to be in the presence of the citizen?

CRS 16-3-201 only allows for a citizen's arrest if a crime was committed in the presence of the person making the arrest.

A crime is considered to be in the presence of a citizen if they can directly see or sense it. It is also in a citizen's presence there is enough evidence to suggest the crime is ongoing or just completed.

Examples of a crime happening in the presence of a citizen include:

Examples of a crime happening outside the citizen's presence include:

Ken and his son learn that their neighbor robbed a store. They break into his apartment, put handcuffs on him, and bring him to the police.3

Example: Ralph is an undercover police officer. He arrests a store owner for buying stolen items. Ralph does not realize that the store is 12 feet over the town line. The arrest is a citizen's arrest under CRS 16-3-201.4

1.3 How much force can you use while making a citizen's arrest?

A citizen can use non-deadly force to make a citizen's arrest. This non-deadly force has to be reasonable and appropriate to the situation, though. It cannot be more than what is reasonably believed to be necessary to make the arrest or prevent an escape.

A citizen can only use deadly force to make a citizen's arrest in very rare cases. They have to reasonably think deadly force is necessary to defend themselves or someone else from deadly harm.

Example: David is standing in the lobby of the police station when Ray runs past. David hears someone shout “stop that man!” Rather than running after Ray, David draws a pistol and shoots him. David's citizen's arrest has used excessive force.

There are legal defenses to a charge of violating CRS 16-3-201. Some of the most common include:

A claim that you violated CRS 16-3-201 will also come with other criminal charges. Depending on which additional charges these are, there may be other legal defenses.

A common defense to a charge of a wrongful citizen's arrest is that you acted out of necessity.

To prove a defense of necessity, you have to show that your wrongful citizen's arrest was only to prevent a worse thing from happening. This requires evidence that shows:

2.2 Self-defense or the defense of someone else

You can also defend against a charge under CRS 16-3-201 by arguing you only acted to defend yourself or someone else. While this defense admits that the citizen's arrest was a wrongful one, it claims your conduct was still justified.

Proving that you acted in this way requires evidence that:

The only difference between self-defense and the defense of others is who you thought was about to get hurt.

2.3 You were helping a police officer

A police officer can command a citizen to help them make an arrest under CRS 16-3-202. If you were helping an officer make an arrest, this statute protects you. CRS 16-3-202(3) makes you immune to a criminal charge or civil lawsuit for doing anything you are told to do.

There are no penalties for violating CRS 16-3-201 and making a wrongful citizen's arrest. However, other criminal charges can be filed against you for an incorrect citizen's arrest. You can also be sued by the person you arrested.

The penalties of these criminal charges can be significant. They can include thousands of dollars in fines and years in jail.

Example: George punches Mike during a citizen's arrest for a robbery. However, the crime was not committed in George's presence. George gets charged for first-degree assault and false imprisonment.

If the person you wrongly arrested files a civil lawsuit, it can make you pay thousands of dollars in compensation, as well.

4. Offenses that are related to citizen's arrest charges

Violating CRS 16-3-201 often comes with other criminal charges related to the wrongful arrest.

The most common criminal charge related to a wrongful citizen's arrest is first-degree assault.

First-degree assault (CRS 18-3-202) makes it illegal to intentionally and seriously hurt someone. Making a citizen's arrest is something you do intentionally. Therefore, any serious injuries you inflict during the arrest can amount to assault in the first degree.

Second-degree assault (CRS 18-3-203) makes it illegal to intentionally hurt someone. Unlike assault in the first degree, though, it does not involve serious injuries. If you hurt the person you were trying to arrest, you can face second-degree assault charges if the injuries you caused were not serious.

False imprisonment (CRS 18-3-303) makes it illegal to detain someone without their consent. If you trap, hold down, or detain the person you were arresting, it can lead to a charge of false imprisonment.

Example: Ken and his son wrongly arrest their neighbor for a robbery. After breaking into the neighbor's apartment and handcuffing him, they decide to wait for the police to arrive.

If you wrongly make a citizen's arrest and move the suspect to a new place, you can be charged with kidnapping.

Colorado's laws against kidnapping (CRS 18-3-301 and CRS 18-3-302) are similar to false imprisonment laws. However, kidnapping makes it illegal to detain and then move someone without their consent.

Example: Ken and his son conduct a wrongful citizen's arrest on their neighbor. They break into his apartment and handcuff him. Then they force him into their car and bring him to the police.