In Colorado, anyone who is convicted of a third serious felony may face higher criminal penalties as a habitual offender. Also called the three strikes law, a third felony conviction can result in up to 4 times as long in jail or life in prison. Even if the defendant is charged with a third class 5 felony in five years, they can face up to 3 times as long in jail. In this article, our Colorado criminal defense lawyers will address: 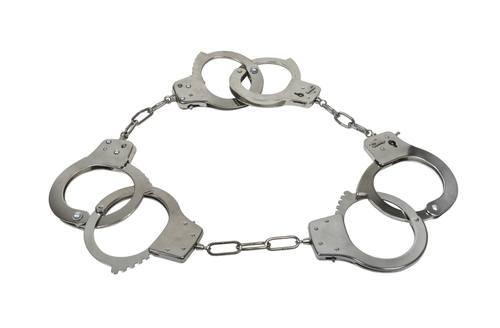 Under Colorado law, a “habitual offender” is a person charged with a serious felony who has been convicted of two prior felonies. This is also known as the Three Strikes law.

1. What is a habitual offender in Colorado?

Under Colorado law, a “habitual offender” is a person charged with a serious felony who has been convicted of two prior felonies. This is also known as the Three Strikes law. After two serious felony convictions, a third felony conviction could result in life in prison, much higher than the normal maximum sentence for the same crime.

A person is a habitual criminal and shall be punished by a term of life imprisonment if the person is convicted of:

A conviction for a third felony (class 1 or class 2 felony, level 1 drug felony, or class 3 felony crime of violence) is punishable by a term of four times the maximum presumptive range for the felony of which the person is convicted.2

Anyone who has been previously convicted of a class 1-5 felony or level 1-3 drug felony may also be considered a habitual offender if they are convicted of a 3rd felony within 10 years.3

A conviction for a 3rd felony (class 1-5 felony or level 1-3 drug felony) within 10 years is punishable by a term of three times the maximum presumptive range for the felony of which a person is convicted.4

3. What are habitual offender crimes?

Under C.R.S. 18-1.3-801, offenses that qualify for the three strikes law include class 3 felony crimes of violence, level 1 drug felonies, or any class 1 or class 2 felony. This includes crimes prosecuted in Colorado, other states, or federal offenses.5

Examples of three strikes crimes include:

4. How do prosecutors show evidence of former convictions?

The defendant may then be arraigned upon the new information and if the defendant denies the previous conviction, the trial judge shall try the issue prior to imposition of sentence.7

Class 2 felonies are the most second most serious category of Colorado felonies. Some class 2 felonies include first-degree kidnapping, sexual assault, and human trafficking of a child. The penalties for a class 2 felony include 8 to 24 years in prison and a fine of up to $1 million.

If you are facing a third or subsequent felony crime, contact us at Colorado Legal Defense Group.