In Colorado, interfering with the government can lead to criminal charges. This includes impersonating a government worker, altering public records, obstructing government work, or taking money in exchange for not reporting a crime. Government related crimes can result in misdemeanor criminal charges, including fines and potential jail time. In this article, our Colorado criminal defense lawyers will address: 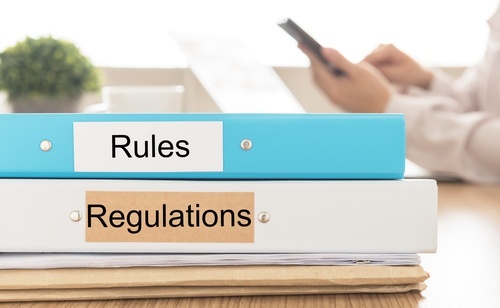 In Colorado, interfering with the government can lead to criminal charges. This includes impersonating a government worker, altering public records, obstructing government work, or taking money in exchange for not reporting a crime.

An individual may pretend to be a public servant to gain access to a building to commit a crime, get preferential treatment in exchange for not reporting violations, or simply to park for free at a private event.

It is not a defense to prosecution that the office the impersonator claimed to represent did not exist. For example, if an individual in a uniform tries to enter a Denver Broncos game claiming to be part of the Colorado Concessions Enforcement Department, it is not a defense to impersonating a public servant just because the Concessions Enforcement Department does not exist.

Under Colorado law, a “public servant” is defined as “any officer or employee of the government, whether elected or appointed, and any person participating as an advisor, consultant, process server, or otherwise in performing a governmental function.”2

1.2. What are the penalties for impersonating a public servant in Colorado?

Changing, destroying, or entering false information into public records is a criminal offense in Colorado per CRS 18-8-114. A person commits abuse of records if the person:

In Colorado, “public records” include “all official books, papers, or records created, received, or used by or in any governmental office or agency.”5 Public records may include:

2.1. What are the penalties for abuse of public records in Colorado?

The crime of obstructing government operations involves intentionally obstructing, impairing, or hindering a governmental function by a public servant. This includes using threats of violence, force, physical interference, or obstacles.6

Not all incidents of obstructing a public servant is a crime. It is an affirmative defense where:

3.1. What are the penalties for obstructing government operations in Colorado?

Compounding involves taking money in exchange for not reporting a crime or not seeking prosecution. Under C.R.S. 18-8-108, the crime of compounding in Colorado is the acceptance or agreement to accept any pecuniary benefit in exchange for:

For example, let's say Chloe is walking her dog at night when she sees a car swerving on the road and hitting a stop sign, knocking it over. She goes to see if the driver is ok. The driver, Ned, gets out of the car and says he is unharmed. He says he had too much to drink and cannot get a DUI. He offers Chloe $500 if she won't report him to the police. If Chloe accepts the offer, she may be guilty of compounding.

4.1. What are the penalties for compounding in Colorado?

Compounding is a class 3 misdemeanor. If found guilty of compounding, the penalties include up to six months in jail and a fine of $50 to $750.

If you have been accused of government-related crimes, please contact us at Colorado Legal Defense Group. Our caring Colorado defense attorneys have many years of experience representing clients who have been charged with abuse of records and other government crimes. We are among the best Colorado criminal defense attorneys to call. Contact us today for a free consultation by phone or in-person or in our Denver law office.