Victims injured by an intoxicated driver have the right to file a personal injury lawsuit to recover money damages. The driver does not have to be convicted of a DUI before a civil lawsuit can be filed.

In a personal injury case, a person needs to prove that the driver who caused the injuries was negligent under Colorado law.

Being intoxicated while driving can constitute negligence, and negligence per se, which is described in more detail below.

If a loved one was killed as a result of an intoxicated driver’s actions, a loved can file:

Both can result in significant financial compensation for the grieving family.

Below, our Colorado personal injury attorneys address frequently asked questions about victims injured or killed by a DUI driver in personal injury lawsuits and the injuries you may have suffered. 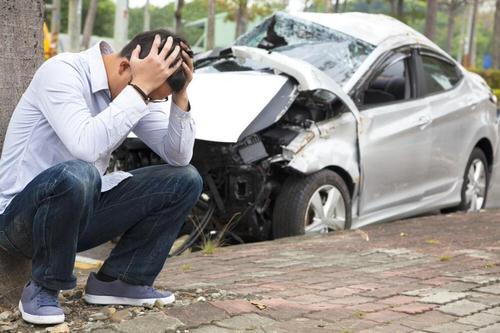 Victims injured by an intoxicated driver have the right to file a personal injury lawsuit to recover money damages.

1. When can I sue a drunk driver in Colorado?

The State of Colorado permits injured victims to sue for money damages through a personal injury lawsuit against drunk or drugged drivers.

Most DUI accident cases are based on Colorado negligence law. To prove a case for negligence, a person who is injured (the plaintiff) must prove:

1.1 What is negligence per se in Colorado?

in the state and is presumed to have been negligent.2

1.2 If a person drives while intoxicated are they considered negligent per se?

Yes, in almost every case. Only a person who was unexpectedly intoxicated and did not violate the law may not be considered negligent per se. However, that person can still be found to be negligent.

Example: Sam went to a party in Denver, where he consumed 8 beers in just under an hour. He decided to drive home. While driving, he lost control of the car due to his drunkenness and veered into oncoming traffic. He collided head-on with Janie, who was driving with her passenger, Georgette. Janie was instantly killed and Georgette was severely injured. Sam violated Colorado DUI laws and is negligent per se.

2. What are Colorado’s DUI laws?

The State of Colorado has a variety of DUI laws that define intoxicated driving and set certain “legal” limits on the amount of alcohol or drugs that can be in a person’s system while driving.

In Colorado, a charge of driving under the influence (DUI) can result in significant criminal penalties.4

2.1 What is the “legal limit” for alcohol in Colorado?

A driver with a blood alcohol content BAC of 0.08% or higher can face a DUI per se charge. This “legal limit” is established to make it easier for Colorado law enforcement to charge those that are intoxicated to a certain level.

However, a driver that has a BAC of 0.05% to under 0.08% is considered driving while ability impaired (DWAI). While it carries slightly less significant penalties, it is still a crime for the basis of a negligence per se claim.

2.2 What if the driver had an extremely high BAC?

Drivers with a BAC of over 0.15% are classified as “persistent drunk drivers” and are considered more dangerous. They can be charged as if they have had multiple DUIs, even if it is their first.

2.3 Can a person get a Colorado DUI for drugs?

If a person is intoxicated by:

If that person causes an accident or injury while intoxicated, he or she can face both criminal charges and a civil lawsuit for money damages.

3. What lawsuit can I file if a drunk driver killed someone?

If a loved one was killed as the result of a Colorado DUI driver, the victim’s family can file either:

3.1 What is a wrongful death claim in Colorado?

This type of case results from an unnecessary death caused by the negligence or other wrongful act of another person, including a Colorado DUI.

The purpose of this type of lawsuit is to compensate the decedent’s close family members for their damages. It is not designed to compensate for the actual deceased person for damages.6

3.2 Who can file a wrongful death claim?

Subject to certain time limitations, persons who can file a wrongful death claim include:

3.3 What is a survival action in Colorado?

A survival action is a lawsuit filed on behalf of a deceased victim for money damages suffered by him or her in the time he or she survived before passing.

This type of claim occurs when:

4. Does the driver have to be convicted of DUI?

An intoxicated driver does not have to be found guilty of a DUI in order to sue for damages. This is due to the fact that criminal cases and civil cases have different standards of proof.

4.1 What are the standards of proof in Colorado lawsuits?

A criminal trial and a civil trial have different standards of proof. A criminal trial requires the State of Colorado to prove the truth of the charges beyond a reasonable doubt. This is a high standard.8

Civil cases require only a preponderance of the evidence standard, a much lower burden of proof than for a criminal trial.9 This means that even if a person may be found “not guilty” under the high criminal standard, he or she can still be “liable” in a civil case.

4.2 Can I use a person’s criminal conviction or guilty plea as evidence?

For questions about victims killed or injured by DUI drivers in Colorado or to confidentially discuss your case with one of our skilled Colorado personal injury attorneys, do not hesitate to contact us.