How do grand juries and indictments work in Colorado?

A “grand jury” is not the same as a regular jury you see during a criminal trial (called a “petit jury”). A petit jury decides guilt or innocence beyond a reasonable doubt, while a grand jury determines whether or not there is probable cause to believe that the defendant may have committed the crime.

A Colorado grand jury is made up of 12 or 23 people with 4 alternates and has three functions:

The members of the group are drawn according to specific procedures set forth under Colorado and local law from a pool of eligible citizens.

The group must determine whether probable cause exists to charge the accused individual with a felony. The jurors are able to call and ask questions of any witnesses who are required to answer by law while under oath.

Federal criminal charges can also be filed through the grand juror process run by the federal courts.

Under the 5th Amendment to the United States Constitution, charges for certain serious felonies are required to be brought through this process. 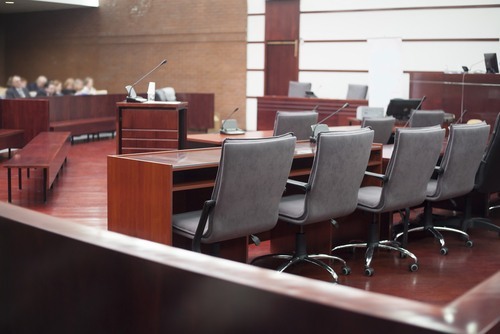 Grand jury proceedings may occur when a person is charged with a Colorado felony.

It is not the same as a regular jury you see during a criminal trial (called a “petit jury”). A petit jury decides guilt or innocence beyond a reasonable doubt. Grand juror investigations determine whether or not there is probable cause to believe that the defendant may have committed the crime in its judicial district.

1.1 How often are grand juries used in Colorado?

In Colorado, most felony indictments are done by “information” and the grand juror process is used sparingly.

However, it is important to understand how it works and how it may affect your case if you are charged with a felony through this process.

1.2 How often are they used in federal court?

In federal criminal court, most felonies are initiated through the federal grand jury process. The 5th Amendment to the United States Constitution requires that all prosecutions for “infamous” crimes be brought through this process. 1

This right can be waived by the defendant.

2. How is the grand jury put together?

In Colorado, the group is made up of 12 or 23 people with 4 alternates. The jurors have three functions:

2.1 How are the jurors selected?

Grand jurors are summoned from the same group of eligible people as trial jurors and are picked according to Colorado law as well as local procedures.

Grand juror service is for a term of 12 months, but may be shorter if the court discharges them.

The term can be longer if a judge finds that it is necessary, but no term may exceed 18 months. 4

3. What does the grand jury do?

The group’s main job is to determine whether there is enough evidence to send a suspect to trial for the alleged crime.

To determine whether enough evidence exists, the jurors will:

3.1 Can the jurors require witnesses to testify?

The jurors have a power that even law enforcement does not have, the ability to subpoena witnesses to testify before them under oath. Witnesses are allowed to have an attorney present, but the attorney may not participate.

A witness who refuses to answer questions after being called may be held in contempt of court and could be subject to penalties, including jail.5

3.2 Will the jurors hear from me, my lawyer, or my witnesses?

No. Although it is the job of the jurors to determine whether enough evidence exists to charge the suspect with a crime, the suspect and defense attorney are not allowed to be a part of the entire process.

The jurors hear only the prosecutor’s side of the case – which often includes police officers – and must make a determination based on a one-sided view of the facts. In short, it is nothing like a jury trial.

3.3 Do the jurors decide if I am guilty or innocent?

No. The jurors decide only whether probable cause exists to believe that the suspect may have committed a crime.

A petit jury at a criminal trial will determine, beyond a reasonable doubt, whether the suspect actually committed the alleged offense.

4. When do grand jurors issue an indictment?

If the group decides that probable cause exists to believe the suspect committed the alleged crime it can issue an indictment, also known as:

If the grand jury decides there is not enough evidence, it will not issue an indictment, but instead will issue a “no true bill,” or as it is commonly called a “no bill.”

4.1 Is the indictment a secret?

A district attorney may file a petition with the court requiring the court to seal the indictment. This means that no person may disclose the existence of the indictment until:

The reason the district attorney may seal the indictment is to prevent a suspect from fleeing law enforcement after learning about pending criminal charges.

5. Is the federal process different?

The process is similar but there are some differences between the Colorado and federal processes.

Federal grand juries must have:

Only the following people may be present at a federal proceeding:

As with Colorado state law, the accused in federal court is not typically present at the proceeding—and the proceeding takes place in secret.

Does Colorado have a law of “treason”?

Are nunchucks illegal in Colorado?

What’s the difference between DUI and DWAI in Colorado?