Application Interviews at the Colorado State Board of Parole

A parole application interview is a question and answer session between an inmate and the parole board. The interview is part of the parole process and helps the board determine whether or not to grant release and under what terms. 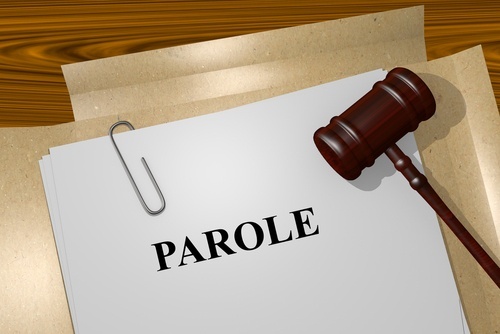 A parole application interview is a question and answer session between an inmate and the parole board.

1. What is the “application interview” for parole in Colorado?

2. How do I apply for parole in Colorado?

In most cases, the State Parole Board will conduct a parole application interview within 90 days of the inmate’s first Parole Eligibility Date (PED). Eligibility is based on a number of factors, including the type of criminal offense and the defendant’s criminal history.3

As part of the application, an inmate must have a parole plan, which says where they intend to live, work, and the individual’s employer or sponsors, or who will be responsible for the individual once they are released.

Individual board members do not have the authority to grant parole for violent crime convictions in Colorado. Violent crimes include any crime involving:

3. When will I get my parole interview?

The State Board of Parole is to conduct an application interview within 90 days prior to the inmate’s first parole eligibility debate.7

Any following request reviews may be conducted by file review without a face-to-face, telephonic, or video conferencing interview.

Your attorney may be present during a parole application interview with proper clearance.

4. Can my lawyer represent me during the application interview?

5. Who else will be able to attend the application interview?

For application interviews, members of the public can only attend a hearing at the facility where the offender is assigned.10

Victims can also testify at an application interview. Other individuals can also speak on behalf of the victim, where:

Like other members of the public, supporters need to submit a request to attend at least 10 days before the hearing and have to obtain clearance. If a supporter wants to speak in support of the inmate, he or she will only have an opportunity to speak if the presiding board member allows it.15

6. How does the board decide whether I get paroled?

Any final decision on the application for parole does not need to be made during the application interview. The board can make one of four decisions on whether someone will be paroled:

The board members can consider a number of things in making their parole decision, including:

The state board may grant parole when the inmate:

7. What are the aggravating and mitigating factors in a parole hearing?

8. What happens if the parole board denies my application?

Similarly, if a victim is notified that the individual is going to be paroled, the victim cannot appeal the board’s decision.

Unfortunately, for most inmates, there is no appeal for an application denial. However, if the board did not follow the proper state regulations, you may have grounds to appeal the board’s decision. For example, if a board member has a conflict of interest, they should not be responsible for deciding whether the inmate gets paroled.

The board can also rescind or take back a decision granting parole to an inmate. However, the inmate is entitled to a recission hearing at the Colorado Board of Parole before this can happen.

If you are ready to apply for parole or are awaiting an upcoming application interview, talk to your lawyer. Your Colorado criminal defense attorney can tell you more about the process and what options you have. If you have been a loved one in jail awaiting release, please contact us at Colorado Legal Defense Group.