Possession of a switchblade used to be a crime under Colorado knife laws. In August 2017, a new law took effect which removed switchblades from the statewide category of illegal weapons. But certain cities, such as Denver and Boulder, have enacted local laws that make it illegal to carry a switchblade.

Before August 9, 2017, switchblades were not permitted throughout the entire State of Colorado. That all changed when legislators overturned the 1963 law banning them.

However, just because it is legal in Colorado to carry a switchblade, certain cities still ban them, like the following:

You can still be arrested for carrying a switchblade in cities which ban them.

What is a Switchblade?

Other Prohibited Knives (That May include Your Switchblade)

Just because switchblades are now legal does not mean it is legal every time it is in your possession and/or it is used. It is illegal to carry a knife other than a fishing or hunting knife if that knife is concealed and is over 3.5 inches.

If your “switchblade” meets these requirements, it is still illegal to carry even in cities that do not ban switchblades.

Below, our Colorado criminal defense lawyers discuss the following frequently asked questions about the possession of switchblades for Colorado residents: 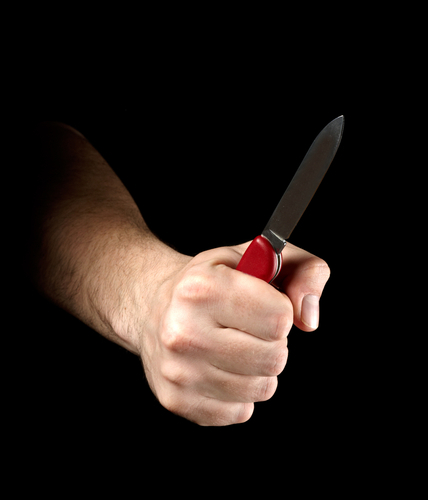 It is no longer illegal in Colorado to carry a blade just because it is a switchblade, but there are other laws that may apply to make your switchblade illegal.

1. What is a switchblade?

2. Is possessing a switchblade illegal in Colorado?

This changed on August 9, 2017, when the new law took effect removing switchblades from the illegal weapons category.2 Previously, possessing a switchblade was a violation of CRS 18-12-102, and was a Class 1 Misdemeanor, with the following penalties:

It is no longer a violation to carry an otherwise legal switchblade. You should carefully pay attention to whether your knife violates any other Colorado laws regarding the possession of weapons.

3. When is it still illegal to carry a switchblade?

Just because it is legal in Colorado generally to carry a switchblade does not mean specific cities have still banned it. Certain cities, indeed, still ban them, like the following:

You can still be arrested for carrying a switchblade in cities that have banned them.

Whether state law preempts or overrides these city ordinances is still an open question, subject to being tested in a court. In all likelihood, you do not want to be the “test case” for this issue, so you should exercise caution about carrying a switchblade in cities that ban them.

A blade longer than 3.5 inches, which is concealed when carried, is illegal even if it is a switchblade. This does not include:

A knife that is less than 3.5 inches is not a “weapon” if the prosecution cannot prove that a person intended to use it as a weapon.3

If your switchblade meets these requirements, it can still be illegal in the State of Colorado, so never assume that just because the law changed that your knife is automatically legal.

Yes. If your blade is carried in the open, it is not a violation to carry a blade that is longer than 3.5 inches.

How much does it cost to hire a DUI attorney in Denver?

The cost of a DUI defense attorney in Denver depends on the complexity of the case. For example, defending a felony DUI charge usually costs more than defending a misdemeanor DUI charge. For a simple first-time DUI case, most attorneys will charge between $2000.00 and $5000.00 to handle the court and DMV proceedings. What money ...

What is the statute of limitations on child molestation charges?

In California, the statute of limitations for child molestation can be between 1 year and forever. Recent changes to the law have allowed prosecutors to file charges at any time in some cases. The specific nature of the allegations will determine how long law enforcement has to initiate a particular case. Which statute of limitations ...

How long is a DWAI on your record in Colorado?

Colorado DWAI convictions remain on the defendant’s criminal record forever. There is no way to seal or expunge DWAI (or DUI) convictions of people prosecuted in Colorado criminal court. The only exceptions involve convictions of the Colorado crime of underage drinking and driving (UDD) and juvenile court cases. Record expungements for “Underage Drinking and Driving” ...