In Colorado, human smuggling involves providing transportation to a person for the purpose of entering or remaining in the country in violation of immigration laws. 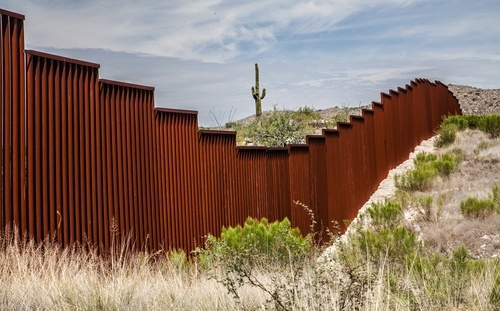 1. What is human smuggling in Colorado?

in violation of immigration laws.1

Smuggling can be done for

This can include promises to work off any debt through labor or sexual services. Smuggling involving coercion may also result in human trafficking charges.

Each person who is transported or offered transportation may result in a separate offense. If a person offers to help transport a family of four individuals in violation of immigration laws, they may end up facing four separate offenses of human smuggling.2

2. What are examples of human smuggling?

Individuals may be smuggled into the United States in search of work opportunities. This may be facilitated by friends or family who

to bring them into the U.S.

This includes bringing family members to the U.S. to join individuals who are already in Colorado legally.

Some individuals who are smuggled into the United States or Colorado are told that they will have to work off their debt to the smugglers who brought them to the U.S.

Human trafficking may involve being physically restrained or threatened with injury or death to family members if they escape. They may be

The Colorado State Patrol’s Smuggling and Traffic Interdiction Unit focus’ on criminal human smuggling across the state of Colorado. They often work together with federal immigration officers and the FBI to investigate criminal organizations smuggling people across the Colorado-state and U.S.-international borders.

Smuggling of humans in Colorado is a class 3 felony.3 The penalties for a conviction for a single incident of human smuggling include

There is also a mandatory parole period of 5 years for a human smuggling conviction.

Human trafficking is also a federal offense. Federal law makes it a crime to provide the following assistance to an individual in violation of immigration law:

Human trafficking for sexual servitude includes transporting people for the purpose of coercing them to engage in a commercial sexual activity. Human sex trafficking is a class 3 felony; however, it can be a class 2 felony if it involves victims under the age of 18.

A conviction also requires mandatory registration as a sex offender.

Imprisoning another person or moving them from one place to another by force or unlawful persuasion is kidnapping. The penalties for kidnapping depend on whether the kidnapper held the victim for ransom.

In some cases, first-degree kidnapping can result in prison for up to 48 years if a deadly weapon was involved.

Sexual assault or rape involves unwanted sexual penetration of another person. The penalties for sexual assault may depend on whether

It also depends on the ages of the victim and the perpetrator. Sexual assault may require registration as a sex offender.

Racketeering activity includes a pattern of criminal activity that often involves gangs or organized crime. This can include

Racketeering in Colorado is a class 2 felony, with penalties including

If you have been accused of human smuggling or human trafficking, please contact us at Colorado Legal Defense Group.