Colorado law makes it a crime to consume or possess codeine without a valid prescription; and to engage in the black market manufacture, transportation or sale of codeine. In this article, our Denver Colorado legal defense lawyers will discuss: 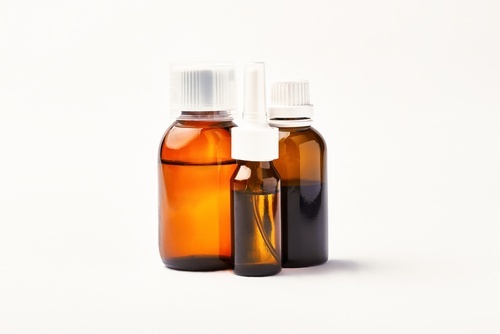 Unlawful possession of codeine is prohibited by Colorado law.

Codeine is an opiate drug similar to hydrocodone, that is commonly prescribed to relieve pain, suppress coughing and provide relief for a cold or the flu. When consumed, it converts to morphine within the body, and acts to disrupt the receptors used to transmit the sensation of pain to the brain. Since codeine is only recommended for mild to moderate pain, it is often coupled with acetaminophen (Tylenol) to relieve pain more effectively.

Codeine also acts as a sedative as it has the ability to make those who consume it drowsy. It slows breathing and makes users feel euphoric when initially taken. The drug’s ability to alter the way pain and pleasure is perceived makes it popular among those who consume codeine for recreational purposes. If taken in large dosages, the likelihood of addiction significantly increases.

Although codeine has been approved by the U.S. Federal Drug Administration, Colorado law prohibits the unlawful possession, sale and distribution of this narcotic. Any person arrested for crimes involving prescription drugs that contain codeine may face significant consequences including fines and time behind bars.

The state of Colorado classifies codeine along with several other controlled and illegal substances into five various subdivisions labeled “schedules.” These schedules range from the most hazardous drugs to those that are considered least dangerous by the federal government. A separate schedule containing information regarding the possession of cannabinoids and salvia is also listed in Colorado law.

Codeine can be classified as either a Schedule II or Schedule III substance depending on the amount of the drug a suspect is discovered with.

The amounts of codeine discovered, its categorization within the schedule and, and the intent of the accused to possess or sell the drug are factors that can affect the penalties one could receive if found guilty of a Colorado prescription drug crime.

2. The Unauthorized Use, Possession or Sale of Codeine in Colorado

According to Colorado law, an individual can be sentenced for a drug conviction if they knowingly use, possess, distribute, or sell a controlled substance like codeine.

A person may be found guilty of the unlawful possession of a controlled substance if they are found with:

Colorado law also prohibits individuals from knowingly conspiring to, or possessing codeine with the intent to commit any of the following acts:

If convicted of doing at least one of the acts mentioned above with this controlled substance an individual may be charged with a Colorado Class 3 Felony. This is punishable by a fine of $3,000-$750,000 and a prison sentence of 4-12 years.

3. Unlawful use of codeine

Using a controlled substance, if unauthorized, is illegal, but penalties rarely result in imprisonment in Colorado.

3.1. Penalties for the unlawful use of codeine in Colorado

The use of a controlled substance is classified as a level 2 drug misdemeanor, which carries:

Drug offenses can be incredibly complex. Each case has its own unique set of facts and circumstances, and any defenses to a case will depend on what happened in that case. A few common defenses that may be applicable include:

Our skilled Colorado criminal attorneys are dedicated to ensuring you get the help you need. Call our home office in Denver for a consultation. Our attorneys also assist inmates and families with bail and release at jails throughout Colorado, including the Gunnison County Jail.