Under Colorado CRS 18-4-203, second-degree burglary is defined as unlawfully entering or remaining in a building or residence with the intent to commit a crime inside. This offense can be a felony or a misdemeanor depending on the circumstances.

(1) A person commits second degree burglary, if the person knowingly breaks an entrance into, enters unlawfully in, or remains unlawfully after a lawful or unlawful entry in a building or occupied structure with intent to commit therein a crime against another person or property.

Second-degree burglary is not the most serious form of the offense, but serious felony penalties will still result from a conviction. However, there are ways to defend against these criminal charges. 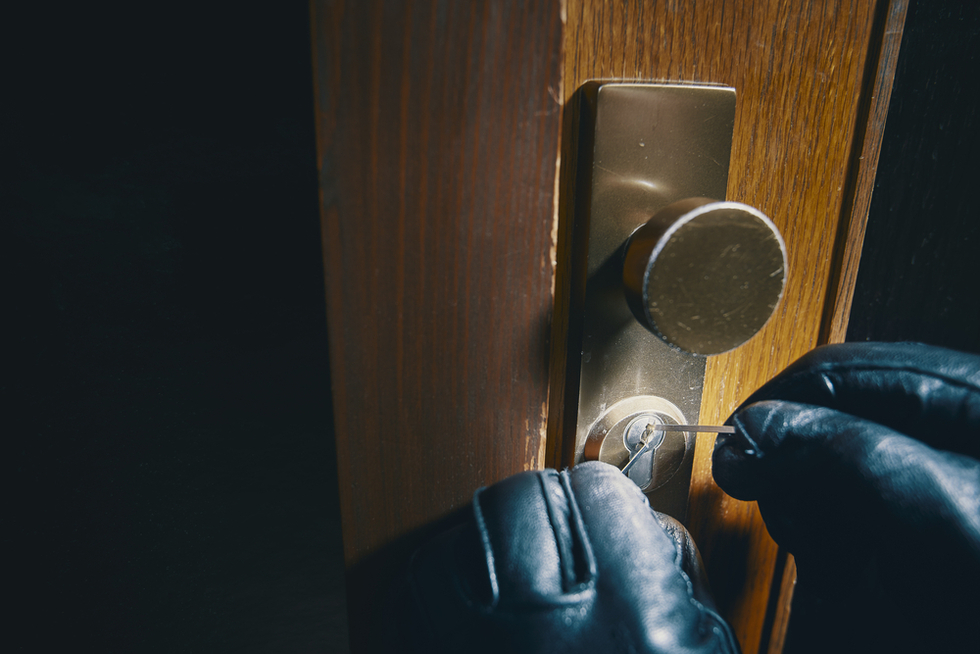 Second-degree burglary is not the most serious form of the offense, but serious felony penalties will still result from a conviction.

Second-degree burglary under CRS 18-4-203 is a serious felony offense.

Second-degree burglary is committed when a person:

A person can be convicted of this crime for remaining in a building, even when that person originally had permission.

Example: Alice enters a Kohl’s department store during normal hours but does so with the intent to hide in the bathroom until the store closes so she can steal from the company. Even though she was originally allowed in the building (as a customer) her choice to remain was unlawful.

2.2 Do I have to “break in” to enter or unlawfully remain?

No. While many people imagine a break-in late at night as a burglary, it is not necessary. A person could simply walk right through the front door without permission in order to commit a crime.3

Example: Carol enters into the back office of a car dealership without permission with the intent to destroy the dealerships computer system. (She wants revenge after feeling ripped off by the car she was sold). The office door was unlocked, so Carol did not have to “break in.” However, she entered unlawfully with the intent to commit a crime and can be found guilty of a burglary charge.

2.3 Do I have to already have the intent to commit a crime?

3. What is a “building” or “structure” under this law?

Under Colorado law, a structure is a building if it:

The building does not have to be occupied for this charge to attach. If a person enters or remains unlawfully in the building with the intent to commit a crime, a burglary could be charged against that person.

If the structure is a dwelling, the penalties for the offense can be more severe. Examples of dwellings include, but are not limited to:

Any part of a building can be a dwelling if it is part of someone’s residence or lodgings.

Example: Kim picks the lock of the front door of Jimmy’s apartment with the intent to rob him of his new flatscreen TV. She gets in, steals the TV, and leaves. Kim broke into Jimmy’s dwelling. As a result, Kim will be charged with a higher level of the offense than if she had broken into a building that was not a dwelling.

4. What are the penalties for this offense?

These same penalties also apply if the objective of the burglary is theft of either:

Finally, burglary is a class 2 misdemeanor if the person knowingly violated a written notice by a retailer – or a court order – specifically restraining a person from entering a particular retail location during hours which the retail store is open to the public. Penalties include

5. What defenses can I raise in my case?

To defend a case against second-degree burglary, a person can raise defenses including but not limited to:

Never assume that just because you are charged with a crime, you will necessarily be found guilty. Defenses can protect your freedoms and keep you out of prison in many cases.

For questions about second-degree burglary or to confidentially discuss your case with one of our skilled Colorado criminal defense attorneys, do not hesitate to contact us.