As the most serious burglary crime, first-degree burglary is a class 3 felony that carries

The degrees of burglary are divided based on: 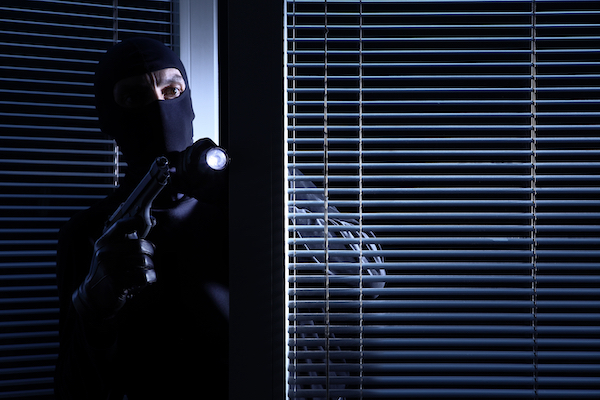 Merely threatening to use a deadly weapon during a burglary counts as first-degree burglary in Colorado. It does not matter if the burglar is unarmed.

1.2 Do I have to “break in” to enter or unlawfully remain?

No. While many people imagine a break in late at night as a burglary, that is not necessary. A person could simply walk right through the front door without permission in order to commit a crime.3

Example: Ann walks through the unlocked front door of a house while the family is in the back having a party. She steals a television, jewelry, and cash. Ann is guilty of burglary, even though she didn’t “break in” when she entered unlawfully.

1.3 Do I have to already have the intent to commit a crime?

2. What is first-degree burglary?

First-degree burglary under CRS 18-4-202 is the most serious form of the crime.

If in addition to committing the offense of the second degree a person does any of the following, he or she is guilty of the offense in the first degree:

These aggravating circumstances cause the second-degree burglary to rise to the level of a first-degree offense.

3. What is a deadly weapon under Colorado law?

Examples of deadly weapons include (but are not limited to):

3.1 Do I actually have to use the deadly weapon?

No. Simply threatening to use a deadly weapon the person in fact possesses is sufficient to constitute first-degree burglary.

Example: Gordy carries a shotgun into a Denver home in order to rob it. He threatens to shoot Gary, his wife, and two children if they do not get on the floor and stay there while he robs the place. Gordy then proceeds to steal a lot of property and never actually uses the gun on any of the residents. A peace officer arrests Gordy, and he gets charged. Gordy is still guilty of first-degree burglary because he threatened the use of a deadly weapon that he possessed, even though he did not actually use it. 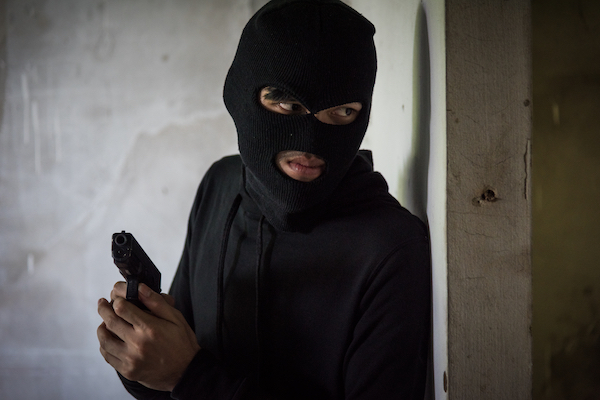 Carrying a gun during a burglary elevates it to first-degree burglary under CRS 18-4-202. It is irrelevant if the burglar never uses it.

4. What is an explosive under Colorado law?

An “explosive” under Colorado law means:

These include but are not limited to:

Use of any of these or other products that could or are designed to explode could lead to a charge of first-degree burglary if all of the other elements are also met.

5. What is assault or menacing under Colorado law?

A person commits the crime of menacing when:

A person can commit a Colorado assault offense in different ways.

6. What are the penalties for this offense?

If a person commits first-degree burglary of a controlled substance, he or she is guilty of a class 2 felony.

Consequences of first-degree burglary of controlled substances are:

First-degree burglary carries an enhanced penalty as a Colorado “crime of violence” if:

As a crime of violence, first-degree burglary of a controlled substance carries a mandatory prison sentence of 16-48 years.

7. What defenses can I raise in my case?

To defend a case against first-degree burglary, a person can raise defenses including but not limited to:

Depending on the case, it may be possible to get charges substantially reduced – such as to a misdemeanor – or even dismissed.

For questions about first-degree burglary or to confidentially discuss your case with one of our skilled Colorado criminal defense attorneys, do not hesitate to contact our law firm.

Our law office is in Denver, but we also represent clients in and around Colorado Springs, Boulder, Aurora, Fort Collins, Lakewood, Centennial, Westminster, Thornton, and several nearby cities in the state of Colorado. We offer free consultations regarding all criminal offenses. If we form an attorney-client relationship, we can discuss retainer fees including discount rates and payment plans.