Who can make a "citizen's arrest" in Colorado?

CRS 16-3-201 is the Colorado statute that allows people to make a citizen’s arrest only if they actually witness the crime taking place. Making an unlawful citizen’s arrest could result in criminal charges for aggravated assault, false imprisonment or even kidnapping.

A person who is not a peace officer may arrest another person when any crime has been or is being committed by the arrested person in the presence of the person making the arrest.

A successful legal defense can mitigate the penalties of a conviction. Or they can also lead to an acquittal or force the charges to be dropped. Common defenses include that the defendant was:

The penalties for violating CRS 16-3-201 depend on what happened. Defendants could face such charges as:

The defendant could also face a civil lawsuit by the arrested person. 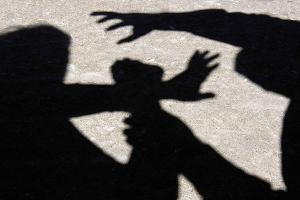 1. When can a person make a citizen’s arrest in Colorado?

Colorado Revised Statute 16-3-201 expressly allows people who are not police officers to make a citizen’s arrest if a crime happens in their presence. They can use reasonable force while making this arrest.

The law immunizes private people from criminal charges and civil liability that would typically follow from the force they used making the arrest.

Any person who is not a peace officer as defined in section 24-31-301 (5), C.R.S., who is made the defendant in any civil action as a result of having sought to prevent a crime being committed against any other person, and who has judgment entered in his favor shall be entitled to all his court costs and to reasonable attorney fees incurred in such action.

Public policy relies on “Good Samaritans” enforcing the law when peace officers cannot. If it were not for civil immunity, people may be too afraid to make a citizen’s arrest out of fear of lawsuits.

1.1 What does it mean to be in the presence of the citizen?

CRS 16-3-201 only allows for a citizen’s arrest if a crime was committed in the presence of the person making the arrest.

A crime is considered to be in the presence of citizens if they can directly see or sense it. It is also in a citizen’s presence if there is probable cause to suggest the crime is ongoing or just completed. Or as the Colorado Supreme Court stated, “The ‘in presence’ requirement is met if the arrestor observes acts which are in themselves sufficiently indicative of a crime in the course of commission.”1

Examples of a crime happening in the presence of a citizen include:

An example of a crime happening outside the citizen’s presence is:

1.2 Does the law apply to off-duty police officers?

Example: Ralph is an undercover peace officer with the Boulder Police Department. He arrests a store owner for buying stolen items. Ralph does not realize that the store is 12 feet over the town line. The arrest is a citizen’s arrest under CRS 16-3-201.4

1.3 How much force can be used while making a citizen’s arrest?

A private person can use non-deadly force to make a citizen’s arrest under Colorado law. This amount of force has to be reasonable and appropriate to the situation, though. It cannot be more than what is reasonably believed to be necessary to make the arrest or prevent an escape.5

Therefore, a private person can only use deadly force to make a citizen’s arrest in very rare cases. They have to reasonably think deadly physical force is necessary to defend themselves or someone else from deadly harm.

Example: David is standing in the lobby of the police station when Ray runs past. David hears someone shout “stop that man!” Rather than running after Ray, David draws a pistol and shoots him. David’s citizen’s arrest has used excessive force. 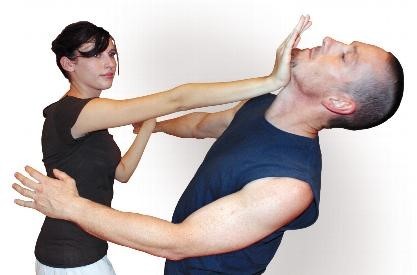 Self-defense is a defense to Colorado charges related to CRS 16-3-201 violations.

There are legal defenses to allegations involving citizen’s arrest violations. Some of the most common include:

There may be other legal defenses. It depends on the specific charges.

A common defense to an accusation of a wrongful citizen’s arrest is that the defendant acted out of necessity.

To prove a defense of necessity, the defense has to show the wrongful citizen’s arrest was only to prevent a worse thing from happening. This requires evidence that demonstrates:

2.2 Self-defense or the defense of someone else

A wrongful citizen’s arrest is justified if done in lawful self-defense. Or defense of others. Proving this requires evidence that:

When determining whether self-defense is justified, jurors are instructed to look at the totality of the circumstances and consider what a reasonable person would do in the same situation.7

(The only difference between self-defense and the defense of others is whom the defendant thought was about to get hurt.)

A police officer can command a private person to help make an arrest under CRS 16-3-202. When this happens, CRS 16-3-202(3) makes the person immune to a criminal charge or civil lawsuit for following the police’s direction.

(1) A peace officer making an arrest may command the assistance of any person who is in the vicinity.
(2) A person commanded to assist a peace officer has the same authority to arrest as the officer who commands his assistance.
(3) A person commanded to assist a peace officer in making an arrest shall not be civilly or criminally liable for any reasonable conduct in aid of the officer or for any acts expressly directed by the officer.
(4) Private citizens, acting in good faith, shall be immune from any civil liability for reporting to any police officer or law enforcement authority the commission or suspected commission of any crime or for giving other information to aid in the prevention of any crime.

In fact, refusing to aid a peace officer is a Colorado crime under CRS 18-8-107. The statute states, “A person, eighteen years of age or older, commits a class 1 petty offense when, upon command by a person known to him to be a peace officer, he unreasonably refuses or fails to aid the peace officer in effecting or securing an arrest or preventing the commission by another of any offense.” Penalties for refusing to aid police include up to six months in jail and/or up to $500 in fines.8

The city of Denver even has an ordinance (38-38) requiring people to aid police officers:

It shall be the duty of all persons, when called upon by any police officer, member of the police department, or person duly empowered with police authority, promptly to aid and assist such officer, member or person in the discharge of their duties.9

There are no penalties for violating CRS 16-3-201 and making a wrongful citizen’s arrest. However, other criminal charges can be filed against people for an incorrect citizen’s arrest. They can also be sued by the person they arrested.

The penalties for these criminal charges can be significant. They can include thousands of dollars in fines and years in jail.

Example: George punches Mike during a citizen’s arrest for a robbery. However, the crime was not committed in George’s presence. George gets charged with first-degree assault and false imprisonment.

If a wrongly arrested person files a civil lawsuit, the defendant may have to pay thousands of dollars in compensation, as well.

4. What offenses are related to citizen’s arrest charges?

Violating CRS 16-3-201 often comes with other criminal charges related to the wrongful arrest:

The most common criminal charge related to a wrongful citizen’s arrest is first-degree assault.

First-degree assault (CRS 18-3-202) makes it illegal to intentionally and seriously hurt someone. Making a citizen’s arrest is something private people do intentionally. Therefore, any serious injuries they inflict during the arrest can amount to assault in the first degree.

Second-degree assault (CRS 18-3-203) makes it illegal to intentionally hurt someone. Unlike assault in the first degree, though, it does not involve serious injuries. If private people hurt the person they were trying to arrest, they can face second-degree assault charges if the injuries they caused were not serious.

False imprisonment (CRS 18-3-303) makes it illegal to detain someone without their consent. If private people trap, hold down, or detain the person they were arresting, it can lead to a charge of false imprisonment.

Example: Ken and his son wrongly arrest their neighbor for a robbery. After breaking into the neighbor’s apartment and handcuffing him, they decide to wait for the police to arrive. Ken and his son committed a false arrest.

If a private person wrongly makes a citizen’s arrest and moves the suspect to a new place, that person can be charged with kidnapping.

Colorado’s laws against kidnapping (CRS 18-3-301 and CRS 18-3-302) are similar to false imprisonment laws. However, kidnapping makes it illegal to detain and then move someone without their consent.

Example: Ken and his son conduct a wrongful citizen’s arrest on their neighbor. They break into his apartment and handcuff him. Then they force him into their car and bring him to the police.

People who make a citizen’s arrest can be charged with impersonating a peace officer (CRS 18-8-112) if they falsely pretend to be the police. A class 6 felony, this crime carries up to 18 months in prison.

For legal representation on any felony, misdemeanor, DUI, or petty offense, please contact us at Colorado Legal Defense Group. 303-222-0330. Our criminal law firm also may be able to seal your criminal record.

Contact our defense law firm for help and legal advice. Our criminal lawyers offer free consultations throughout the state, including Denver, Colorado Springs, and Greeley.

What Is the Statute of Limitations for DUI in Colorado?

What is mandatory parole in Colorado?