Non-permanent residents may qualify for cancellation of removal as well, though the requirements are far more stringent. However, victims of domestic violence may be able to avoid removal proceedings even if they do not meet all these requirements.

Note that ICE is the government agency that determines whether to pursue removal against a particular immigrant. Depending on the situation, an immigration attorney may be able to convince ICE prosecutors not to bring removal proceedings to begin with.

Below our criminal and immigration attorneys discuss how removal proceedings can be halted in California. 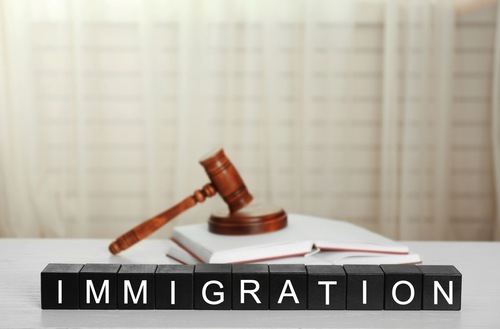 Non-citizens in California may be able to get their removal proceedings cancelled and stay in the U.S.

1. How can permanent residents cancel removal in Los Angeles, California?

The Attorney General may agree to cancel a green card holder's removal proceedings if he/she:

Note that what counts as an "aggravated felony" is not always clear. Depending on the case, an immigration attorney may be able to demonstrate that the immigrant's prior convictions are not aggravated felonies.

2. How can non-permanent residents cancel removal in Los Angeles, California?

Non-permanent residents such as visa-holders or even illegal aliens may qualify for cancellation of removal if the following four conditions are true:

However, victims of domestic violence may be able to have their removal proceedings halted without meeting these conditions:

Cancellation of removal through the Violence Against Women Act:

Non-citizens who are victims of domestic violence may be able to apply for cancellation of removal through the Violence Against Women Act (VAWA). In order to qualify, the alien must show all of the following:

Note that both male and female victims may seek relief through the "Violence Against Women Act."

3. Which courts handle "cancellation of removal" cases in California?

California has six immigration courts that have jurisdiction over removal proceedings. The court locations and phone numbers are:

Need an immigration attorney in California?

Immigration law is extremely confusing, and any errors can have detrimental consequences. If you are facing removal from the U.S., phone our Los Angeles immigration attorneys for a FREE consultation at (855) LAWFIRM today. We may be able to stop the removal proceedings and keep you on U.S. soil.

For non-citizens in Nevada, see our article on cancellation of removal in Nevada.