Can I Peacefully Protest on Private Property in Los Angeles? 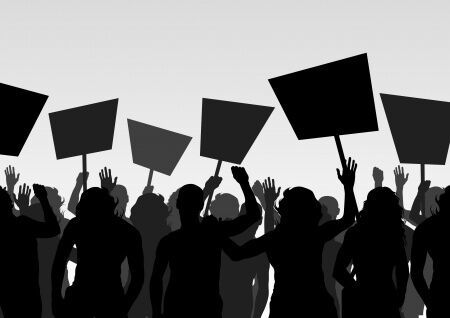 The freedom to assemble and peacefully protest is one of our most fundamental rights under the First Amendment. But in Los Angeles and elsewhere in California, that right generally does not extend to protests on private property.

The constitutional right to assemble, like almost all constitutional rights, has limits. Participating in protests or assemblies “which are violent or which pose a clear and present danger of imminent violence” can constitute the crime of “unlawful assembly” under California Penal Code Section 407.

Additionally, municipalities including Los Angeles can and do require permits or place certain restrictions on protests on public property so long as such requirements do not infringe on the protesters First Amendment rights.

But the right to assemble under the First Amendment as well as under Article 1, § 3 of the California Constitution generally does not extend to private property in California unless you own or lease the property, or the owner has given you permission to use the property. However, there is one important exception to this rule.

Shopping malls have been referred to as modern-day “town squares.” The California Supreme Court recognized this reality in a 1979 decision that was ultimately affirmed by the U.S. Supreme Court.

In upholding the right of high school students to gather signatures and pass out handbills in a large privately-owned shopping mall, the California Supreme Court noted that large malls have "common areas that would invite the public to meet, congregate, or engage in other activities typical of a public forum..." Pruneyard Shopping Center v. Robins, 23 Cal.3d 899, 592 P.2d 341. As such,

“a handful of additional orderly persons soliciting signatures and distributing handbills in connection therewith, under reasonable regulations adopted by defendant to assure that these activities do not interfere with normal business operations” is protected under the California Constitution. Id.

As the Court stated, shopping malls where protests are protected can still enact “reasonable regulations” and restrictions on assemblies. It is also important to note that this exception does not apply to all shopping centers or malls. Smaller strip malls, freestanding “big-box” stores, and private walkways and parking lots in Los Angeles that don't act like the “functional equivalent” of a town square can still prohibit protesters.

If you have questions or concerns about your right to assemble and protest in Los Angeles, or if you have been charged with a crime arising out of your participation in such a gathering, please give one of our experienced Los Angeles criminal defense attorneys a call today.