Can a dash cam video help your DUI case? 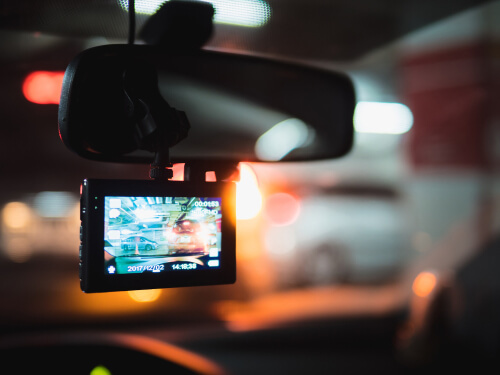 Dashcams may help or hurt your case...

Dash cams are also referred to as Mobile Video/Audio Recording Systems (“MVARS”). These devices are dashboard-mounted cameras used in some law enforcement vehicles to record arrests, and events leading up to arrests.

Depending on the facts involved, a dash cam may help a California DUI case. MVARS may be helpful in showing that:

Please note though, that given the facts of a case, dash cams can also be hurtful to a matter. For example, camera footage may:

California law does not require police to use MVARS. However, if one is used in an incident, the accused has a legal right to view the footage from it.

How can a dash cam help a DUI case?

There are three main reasons MVARS can help a person's DUI case. These are:

As to this last point, please note these important facts:

Since a dash cam will likely show the defendant's driving pattern prior to getting pulled over, the footage may indicate that the accused was driving perfectly normal. In other words, it may show that the police had no probable cause to stop the vehicle. And, if no probable cause, any evidence gathered as a result of the unlawful stop may get suppressed.

How can a dash cam hurt a DUI case?

There are two main reasons MVARS can hurt a person's DUI case. These are:

As to this last point, consider for example a case in which a defendant wishes to challenge a DUI charge by showing that his Constitutional rights were violated post being stopped. If a dash cam shows that all his rights were complied with, he would be severely limited in bringing his initial defense. MVARS may record facts that disprove certain legal defenses.

Can an accused see a MVARS video?

Dash cams are not required by law. While some police departments like them, others do not and will not use them.

But, if one is used, California law says that persons accused of a crime can obtain the footage of the dash cam video. Typically, a defendant's lawyer requests the footage from the arresting department or agency. These entities normally supply a copy of the video/audio and keep the original.

Please note that prosecutors have the right to use MVARS videos as evidence in criminal cases. This means that if a video or audio recording makes an accused look bad, a defendant should anticipate that a prosecutor will use the recording against him.