Under California law, “aggravated assault” refers to an assault crime that is more severe than simple assault. This offense is sometimes called felonious assault.

A defendant can fight a felonious assault charge with a legal defense. Common defenses include: 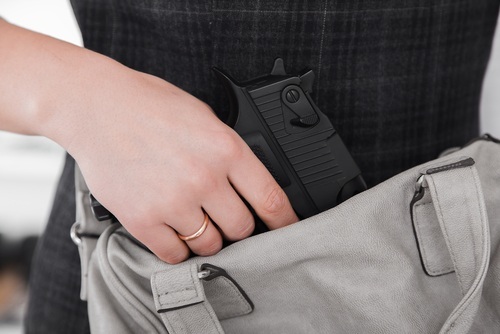 1. What is simple assault?

An assault is an unlawful attempt to touch or harm another person.1 Note that it is not necessary for a defendant to actually touch or harm a “victim” to be guilty of this offense.

Examples of simple assault are:

2. What is aggravated assault?

There is not a specific crime called “aggravated assault” under California law. The term refers to a form of assault that is more serious than simple assault.

A deadly weapon includes obvious weapons like guns and knives. But other objects can be “deadly” if they can be used to:

An example is a pencil if used to stab someone.3

Penal Code 245a2 makes it a crime to commit an assault with a firearm.4

A “great bodily injury” is a substantial injury. Examples are:

Penal Code 244 is the California statute that makes it a crime for a person to:

“Caustic chemicals” are substances that can burn or corrode living tissue. An example is gasoline.

Penal Code 245.5 PC is the California statute that makes it a crime for a person to assault a school employee with any of the following:

A defendant can challenge an aggravated assault charge with a legal defense.

There can only be a conviction of aggravated assault if a defendant committed an underlying assault. This means it is always a defense for an accused to show that there was no assault.

A defendant can try to beat a charge by saying that he acted in self-defense.

These types of cases can involve many different parties. Often, one person will lie and accuse someone else of a crime to avoid being caught. An accused might be able to escape guilt, then, if he can show that someone unjustly blamed him.

Note that assault with caustic chemicals is always charged as a felony and the penalties are:

An aggravated assault conviction may cause negative immigration results.

At least one California court has stated that felony aggravated assault is an aggravated felony.9

The law states that if a non-citizen commits an aggravated felony, then he can be:

A person convicted of aggravated assault may be able to get an expungement if:

Note though that an expungement is generally not available if a defendant is sentenced to state prison.

A conviction under these laws may hurt a defendant's gun rights.

California law says that convicted felons cannot own or possess a gun. This means if:

There are three crimes related to aggravated assault. These are:

Per Penal Code 242 PC, the crime of battery is any willful use of force on someone else.

Unlike assault, a battery requires that a defendant actually touch a “victim.”

Note that if there is no actual touching, a person could still be charged with simple assault.