The Difference Between Lost Wages and Loss of Earning Capacity 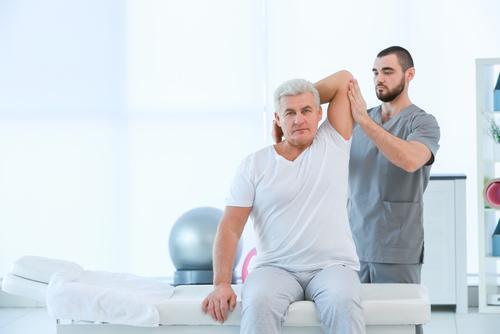 Injuries can result in lost income and loss of earning capacity

Loss of earning capacity covers future economic loss, while loss of wages covers what has been lost already. Lost income is easier to calculate because it looks backwards. Loss of earning capacity can be more difficult because it requires a an estimate of what the person would have earned if not for the defendant's wrongdoing. Both, however, are forms of compensation that can be recovered in a personal injury lawsuit.

What is loss of income?

Loss of income is the cost of missing work while recovering from an accident. It includes the following types of income that were lost, because of someone else's negligence:

All of these losses have happened in the past. This can make most forms of lost income more simple to determine. Proving loss of income requires showing what was lost between the time of the accident and the time of the lawsuit.

Example: Enrique is a minor league baseball pitcher. His throwing arm is broken in a car crash and his career ends. In the year between the crash and his lawsuit, he lost his $20,000 salary, plus a $15 per diem during the season.

What is lost earning capacity?

Loss of earning capacity is income that was likely to be earned, but for the repercussions of an accident. It is what the victim could reasonably have looked forward to. However, it was taken away by the injuries caused in the accident.

The following losses are all examples of lost earning capacity:

These losses all happen in the future, after the lawsuit has been filed. Proving them requires predicting what would have happened, had the accident not occurred. Evidence of past income can be very useful. However, expert testimony can be required to prove that increases in income would have been likely.

Example: Enrique claims that he would have made the Major Leagues and been a starting pitcher. A professional scout claims that Enrique would have made $65 million over the course of his career. Enrique demands that amount in compensation for his lost earning potential.

In what ways are they different?

The key difference between loss of income and lost earning capacity is when they happen:

This distinction creates other differences, as well.

The most important of these is the level of speculation. Income that has been lost in the past can be easy to prove. Income that was likely to be earned in the future, on the other hand, is less certain.

This can trigger the need for expert testimony. Proving the amount of back wages that have been lost can be done with little more than personnel documents. Proving what someone was likely to earn in the future can require vocational experts and economists. It will also likely require medical testimony. That testimony would show that the victim has become disabled. They can no longer earn what they could have made, before the accident.

Another difference between the two is who can recover them. Wages lost in the past can only be recovered by people in the workforce. People who do not have a job at the time of the accident will have no loss of income. Those with no job, though, can still recover compensation for their loss of earning capacity.

Example: Mindy is an unemployed doctoral student. She is hit by a car and confined to a wheelchair. Her loss of income will be low. Her lost earning capacity, however, may be considerable.

Finally, there are numerous factors that determine lost warning capacity. These factors are irrelevant for loss of income issues, though. They include:

How are they the same?

Loss of income and lost earning capacity are both types of legal damages. Both can be recovered in a personal injury lawsuit. They are recoverable because they stem from an accident that the victim did not cause. Whether the income was lost before or after the lawsuit, if it was a foreseeable loss, then the person who lost it deserves to be compensated.