Can I get a DUI on a Lime or Bird e-Scooter? 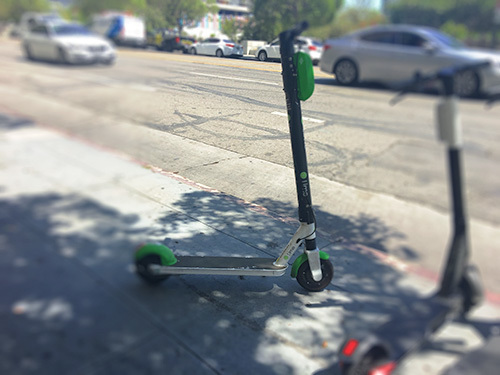 You can get a DUI on an e-scooter

The particular language in each state's driving under the influence law will matter.

A conviction for DUI is serious. This is true even if it happened on a Lime or Bird scooter. Defendants can face penalties that include:

What kinds of vehicles fall under DUI law?

In states that forbid drunk driving on any vehicle, e-scooters fall within the scope of the law. In these states, people can get a DUI while driving or riding:

Some of the states that prohibit drunk driving any vehicle include:

DUI laws in other states, though, only apply to motor vehicles. Some of these states are:

In these states, it will depend on whether an e-scooter is a “motor vehicle.”

The e-scooters provided by Bird or Lime can be considered a “motor vehicle.” It depends on how the state's DUI law defines the term.

Many states define “motor vehicle” very broadly. In some of them, e-scooters will be considered a motor vehicle. In these states, riding a Lime or Bird e-scooter while drunk can lead to a DUI.

Texas, for example, is a state that defines “motor vehicle” extremely broadly.8 Under the definition, electric scooters are considered motor vehicles. Riding one while drunk in Texas can lead to a DUI.

Nebraska, however, has a narrow definition of a “motor vehicle.”9 In Nebraska, a motor vehicle is any “self-propelled land vehicle,” except for:

Law enforcement there has determined that Lime and Bird's e-scooters are too similar to bikes, mopeds, and assistive mobility devices to be considered a motor vehicle.10 Riding one while drunk cannot lead to a DUI in Nebraska, unless local ordinances say otherwise.

Can people lose their driver's license for a DUI on an e-scooter?

Yes, e-scooter riders who get convicted for DUI may lose their driver's license.

A license suspension is a common penalty for a DUI conviction.

However, many people ride shared e-scooters without a driver's license to suspend. Drunk driving an e-scooter is also less dangerous to the public than drunk driving a car. As a result, some e-scooter DUIs end without a license suspension.11

Will a drunk e-scooter rider be liable for a crash?