Five Common Examples of Aiding and Abetting a Crime 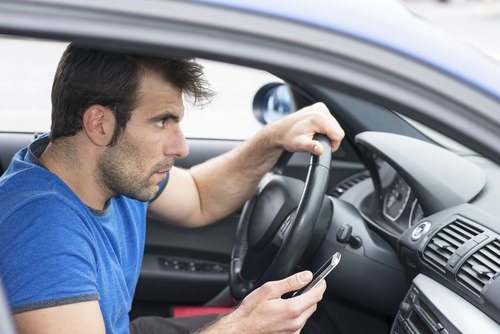 Five common examples of aiding and abetting a crime are:

Note that aiding and abetting a crime does not require someone to be present at the scene of the crime. They just have to help in its commission.

It is not aiding or abetting to help after the crime has occurred, though. That would be acting as an accessory after the fact.

Aiding and abetting a crime is a crime, itself. People who aid and abet a crime can face the same punishment as the person who committed it.

1. Is it illegal to encourage someone else to commit a crime?

Encouraging someone to commit a crime is considered aiding and abetting.

Encouragement can come in a lot of forms. Some of them include:

Example: A mother watches her boyfriend molest her 4-year-old daughter.1

2. What about providing information or equipment?

Providing information or equipment, knowing that it would be used in a crime, is aiding and abetting.

Information frequently used to commit a crime include:

Some types of equipment are also frequently used to commit a crime:

Providing any of these, while knowing that they would be used for a crime, can make someone liable for aiding and abetting in that offense.

Example: Bill tells Trey to provide a car for his crew to use when they rob a bank. Bill also tells Mandy to monitor the lobby to learn when the security guards change shifts.

3. What about intervening to help someone else commit the offense?

Intervening in a crime to help someone else commit it is aiding and abetting.

Example: Phil sees two men fighting and tackles one of them. The other one flees with the wallet he had stolen. Phil's intervention has helped him complete the crime, but he has not aided the offense.

4. Is acting as a “lookout” aiding and abetting a crime?

Yes, serving as the “lookout” is aiding and abetting. It helps the commission of the offense by warning the perpetrators that police are coming. This helps their escape.

This is one way for people to be liable for a crime that they could not accomplish on their own. It is also a common way to aid and abet a crime without being physically present.

Example: Knowing that Clyde is raping Cheryl in the bedroom of a fraternity house, Cindy stands outside the closed door to make sure no one comes in.

5. Are “get-away” drivers aiding and abetting?

Yes, drivers who help someone get away from the scene of a crime can be liable for aiding and abetting.

Especially for crimes involving robbery or theft, courts have deemed the escape phase to be a part of the offense. This means a get-away driver is aiding and abetting the crime, not an accessory after the fact.2

Example: Trey waits for Bill's crew to rob the bank. When they rush out, they hop in his car and he speeds away.

What elements do all of these examples have in common?

All of these examples satisfy the requirements of aiding and abetting. In California, these are:

When these four factors are satisfied, the defendant is liable for aiding and abetting the offense. They face the same penalties as the perpetrator would.