The Vegas Massacre on October 1, 2017, where a shooter from his Mandalay Bay hotel room killed 58 and injured hundreds at the Route 91 Harvest Festival, was a shocking event. But the personal injury attorneys at Las Vegas Defense Group contend the Vegas Massacre was also a foreseeable event. And according to the new Nevada Supreme Court case Humphries v. New York, New York, that foreseeability may allow victims and their families to successfully sue MGM Resorts (which owns Mandalay Bay) for negligence. 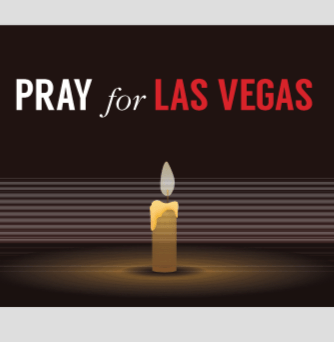 First, some background on Humphries: Back in 2010, a California couple was assaulted at the New York, New York casino in Las Vegas. They sued for negligence, and the trial level court dismissed the case on the grounds that New York, New York had no foreknowledge that the assault would happen. But last month in Humphries, the Nevada Supreme Court overturned the dismissal because the assault was indeed foreseeable in light of similar violent events there in the past.

The Humphries case means that negligence plaintiffs do not have to show the court that the specific event that caused their hotel injuries was foreseeable. Instead, victims need to show that a similar event happened somewhere, which should have prompted the hotel to try to prevent such an event from happening there. The pertinent text from the Humphries case is as follows:

NRS 651.015 precludes [owner or innkeeper] liability unless the wrongful act that caused the injuries was foreseeable...a wrongful act is not foreseeable unless the owner or innkeeper failed to exercise due care for the safety of the patron or other person on the premises or had notice or knowledge of prior incidents of similar wrongful acts on the premises ... Foreseeability based on the failure to exercise due care does not depend solely on notice or knowledge that a specific wrongful act would occur, but instead is about "the basic minimum precautions that are reasonably expected of an owner or innkeeper." (emphasis added)... And foreseeability based on notice or knowledge of "[p]rior incidents of similar wrongful acts," ... requires a case-by-case analysis of similar wrongful acts, including, without limitation, the level of violence, location of attack, and security concerns implicated. (Humphries v. New York, New York, 133 Nev. Advance Opinion 77 (2017))

A killer raining down bullets from a high-rise location is nothing new. Just two examples include the 1966 shooting from the University of Texas Tower and the 1976 shooting from the Holiday Inn's 26th floor in Wichita, which should put any high-rise hotel manager on notice that something similar could happen there as well. This is especially the case when the high-rise hotel overlooks areas with heavy foot-traffic, such as the concert grounds where the Harvest Festival took place. And if a high-rise shooting is foreseeable, Mandalay Bay was negligent by not taking all reasonable measures to prevent it. MGM arguably breached its duty of care and committed negligence by:

The Vegas Massacre victims and their families are forever changed. Even those who were lucky enough to escape physical injury may be suffering from severe emotional trauma. Now that the Nevada Supreme Court handed down the Humphries case, which expanded what injuries hotel proprietors should consider foreseeable, victims have much firmer footing for levying a negligence case against MGM resorts. They may be able to recover sizable compensatory damages to cover all their doctor's bills, pain and suffering, lost salary, wages, and/or tips, and/or loss of future earnings. Learn more about Vegas shooting victims filing a lawsuit in Nevada.