Yes. Once a driver enters a DUI roadblock in Nevada, NRS 484B.580 obligates the driver to stop and follow the police's instructions. Sometimes the police will just wave the driver through. But most of the time, an officer will detain the driver to ask some questions...

If the cop suspects the driver is intoxicated, the cop will investigate further by administering a preliminary breath test and field sobriety tests. Depending on the results of the tests, the officer will either arrest the driver for driving under the influence or let the driver leave. 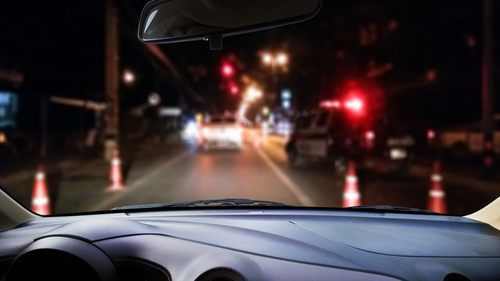 Not stopping at a DUI sobriety checkpoint in Nevada is a gross misdemeanor carrying up to $2,000 in fines and/or up to 364 days in jail.

But if the driver causes more than $1,000 in property damage...or if he/she seriously injures or kills someone...the driver faces charges for a category B felony. The sentence is:

A driver can be convicted of not stopping at a DUI checkpoint even if he/she was sober and committed no other traffic violation. Common defenses to charges of violating NRS 484B.580 include:

Learn more in our article about Nevada DUI checkpoint laws.