Suing the MGM for the Vegas Massacre

This year's Route 91 Harvest Festival took place in Las Vegas Village, an outdoor 15-acre area owned by MGM Resorts. The suspect shot from the Mandalay Bay, which is also an MGM property. So a logical question arises…is the MGM partly liable for the victims' deaths and injuries?

In order to prevail in a negligence lawsuit in Nevada, the plaintiff (victim or victim's family) needs to prove that the defendant (MGM) breached its duty of care, and that its breach caused the defendant's injuries.

As with all property owners, MGM Resorts has a duty to take reasonable measures to keep its premises safe. Over the coming weeks and months, Nevada personal injury attorneys will be pondering the following issues: 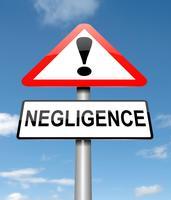 Las Vegas Village is a fishbowl half-encased by high-rise buildings from which anyone with sinister intentions can unleash bullets or an explosive. In retrospect, a situation like the Vegas Massacre may have been foreseeable. And if it was foreseeable, MGM may have had a duty to prevent it.

Coincidentally, just today the Nevada Supreme Court handed down a decision that could make it easier for victims to prove a negligence claim against the MGM. Specifically:

Note it also may be possible to sue Live Nation (the concert's promoter) for negligence. For more information click here.

If you or a loved one has been injured in the Vegas Massacre, contact our Las Vegas personal injury attorneys for a free consultation.