A background check is when an employer or other company performs a screening of a person's history. This includes information about a person's criminal history.

A criminal background check, for example, will generally tell if someone has been arrested for a:

A background check can disclose several items of information about a person. Some of these may include:

A background check may gather information from several different sources. Some of these are:

Background checks are legal in California. However, California law imposes several restrictions and obligations on employers when performing them. Some of these are found in:

Negative information may show up on a background check. A person can try to clear this by means of: 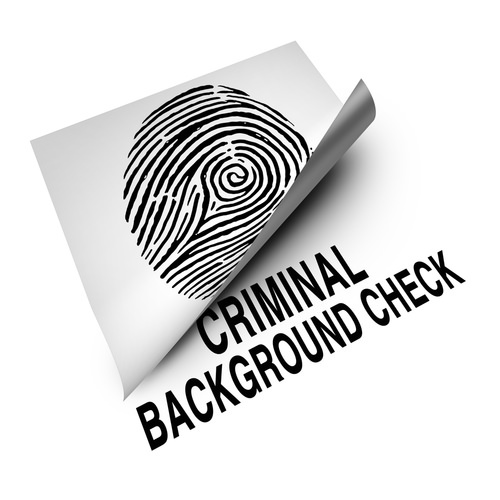 A background check is when an employer or other company researches into a person’s history.

1. What is a background check?

An employer/company can conduct a background check either:

If an employer performs its own check, note that it:

If a company hires a third party, this entity is known as an “investigative reporting agency.” These agencies are in the business of:

2. What information shows up on a background check?

A background check may disclose several items of personal information. These include:

As to criminal history, it is unlawful for an employer/ company to gain access to information on:

Lisa is applying for a job and her potential employer runs a background check on her. The employer cconsider the DUI conviction because it is older than seven years. It can, however, take into account her PC 459.5 conviction – unless Lisa was ultimately acquitted of the crime or had it expunged or sealed.

Note that an employer or company may also speak with references when conducting a background check. These people may include:

These persons will most often provide details on an applicant's:

3. What sources of personal information does a background check pull from?

A background check will gather information from the following sources:

A background check does not have to collect information from all these sources. A check may just collect from a few of them.

Also, California law may place restrictions on the type of information that can be pulled from these sources. For example, listed in Section 2 above are limitations regarding criminal records.

As to medical history, California law imposes strict requirements that protect the confidentiality of a person's medical information. Most employers can only gather information about an applicant's ability to perform specific job functions. 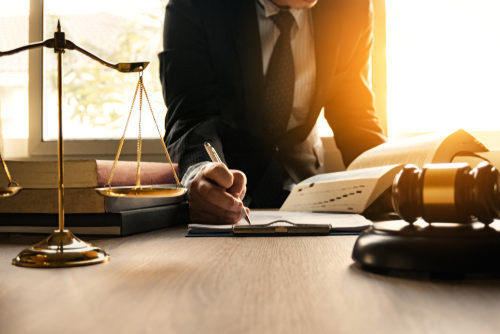 4. Are background checks legal in California?

Background checks are generally legal in California. However, California law imposes several restrictions/obligations on employers when performing them. Some of these are found in:

Under this law, employer's can no longer ask a question that was commonly found on most employment questions – “Have you ever been convicted of a felony?”

The law applies to private employers with 5 or more employees.8

These employers can ask about criminal convictions. But only after making a conditional offer of employment to a candidate. This is a job offer that is dependent on the employee meeting certain conditions. These conditions may include:

If an employer discovers past criminal convictions, the new law states that it cannot automatically exclude the applicant from employment. Rather, the employer is required to perform an individualized assessment of the applicant.10

This requires the employer to consider a number of factors to decide whether or not to hire an applicant. These factors include:

An employer can deny an applicant after conducting this assessment. If it does, it must send the applicant a notice of this decision.12 An applicant has at least five days to respond to this notice.13

Los Angeles and San Francisco passed fair chance ordinances prior to the ban the box law. They provide protections quite similar to this law.

They offer a “fair chance” because:

Since the ban the box law provides applicants greater protection, these cities have:

The FCRA imposes two obligations on employers. These are that employers must:

The FCRA only applies to an employer if it hires a third party to conduct its background check. It does not apply to an employer that performs this check in-house.

CIPA is a California statute that sets forth many of the same laws contained in the federal Fair Credit Reporting Act. For example, the statute says that employers have to get the consent of an applicant before conducting a criminal background check.

If an employer is doing a background check in-house, then the law says:

Federal and state laws prohibit California employers from discriminating against applicants on basis like:

This means that California employers could get in trouble if they have a policy of:

The reason for this is that African Americans and Latinos have higher rates involving arrests and convictions than other races. This means a general policy of exclusion could appear as discriminatory.

5. How can a person clear negative information from his records?

There are several ways that a person can try to clear negative information that may show up in a background check. These include:

An expungement releases an individual from the negative consequences of a conviction.

A person convicted of a crime is entitled to an expungement if he:

If a party violates a probation term, he could still get the offense expunged. This, though, would be in the judge's discretion.

If a conviction is expunged, then it does not need to be disclosed to potential employers. This holds true even if a conditional offer of employment is made.

Expungements are available for both:

A Certificate of Rehabilitation (“COR”) in California is a:

The process and eligibility for obtaining a Certificate of Rehabilitation are set forth in Penal Code sections 4852.01 - 4852.21 PC.

In general, a certificate is available to people who were convicted of:

They must also have:

“Rehabilitation” means a person has remained out of trouble.

A Certificate of Rehabilitation does not remove a conviction. However, under the ban the box law, an applicant can provide evidence of rehabilitation if an employer decides to deny employment.

A California governor's pardon is an honor granted to people who have been rehabilitated of a crime. It relieves many of the penalties associated with a criminal conviction.

As stated above, it is unlawful for an employer/ company to gain access to information of a crime that has been pardoned.

Almost anyone convicted of a California crime can seek a pardon after a satisfactory period of rehabilitation. Depending on the crime, this period can be anywhere from seven to ten years.

There are three possible ways to get a California governor's pardon:

Welfare and Institutions Code 781 WIC is the California statute that allows for the sealing of a person's juvenile records.

The “sealing” of these records means that the court closes a person's file. The documents in it then cease to exist. They are no longer public records.

The end result is that any juvenile offenses will not show up on a background check. Also, an applicant can say he does not have a criminal record.15

A person can try to seal his juvenile records if all of the following are true:

5.5. Petitions for a finding of factual innocence

Penal Code 851.8 PC is the California statute that allows a person to bring a petition for a certificate of factual innocence.

A party files this petition following an arrest. A successful petition shows that there was no reasonable cause to believe that the person arrested committed an offense.17

If a petition is granted, the law enforcement agency having jurisdiction over the offense must seal a party's arrest records for three years. After this time, the records and the petition get destroyed.18

After the sealing of the records, they will not show up on a background check. Also, an applicant can say that he does not have a criminal history.

A person is eligible to file a petition when:

For a discussion of similar issues under Nevada law, please see our articles on criminal background checks in Nevada and “Do I Need to Disclose an Arrest or Conviction on a Job Application in Nevada?”