California Vehicle Code 10750 VC is the California statute that makes it a crime for a person to intentionally alter, change or destroy a vehicle identification number (VIN).

Examples of illegal acts under this statute include:

Luckily, there are several legal defenses that a person can raise if accused of this offense. These include showing that an accused party:

The crime of altering or changing a VIN is charged as a California misdemeanor (as opposed to a felony or infraction). As such, it is punishable by: 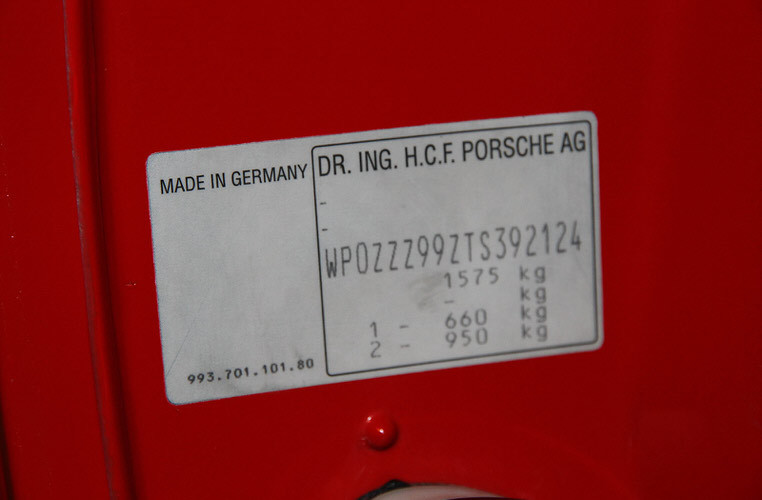 Vehicle Identification Number of a Porsche

1. What is a vehicle identification number (VIN)?

A "vehicle identification number" is a:

All motor vehicles have a unique identification number and it is located on:

There is also a copy of the VIN in six or seven other places in a vehicle. Law enforcement use these hidden copies to identify a vehicle when the public VIN has been altered or removed.3 Possible places for these copies include a car's:

2. What is the legal definition of altering or changing a VIN?

"No person shall intentionally deface, destroy, or alter the motor number, other distinguishing number, or identification mark of a vehicle…without written authorization from the department…"4

Please note that this code section uses the word, “intentionally.” This means a defendant is guilty under VC 10750 only if he altered, destroyed, or changed a VIN with the specific purpose of doing so.

Also note that this section does not apply to: 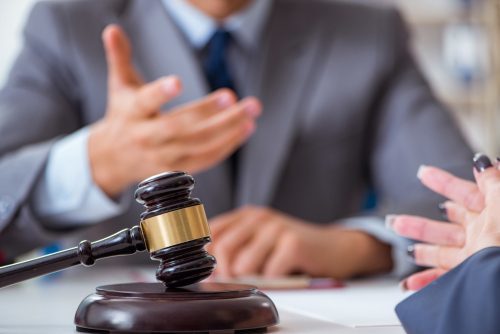 A good defense can often get a charge reduced or even dismissed.

A person accused under Vehicle Code 10750 can challenge the accusation by raising a legal defense. A good defense can often get a charge reduced or even dismissed. Please note, though, that it is critical for an accused to hire an attorney to get the most effective defense.

3.1 Authorization from the DMV

Recall that this section incorporates the language, “without written authorization from the department.” This means that a person violates the code section if they alter or change a VIN and the DMV never authorized such actions. Therefore, a valid defense to a VC 10750 accusation is for a defendant to show that he may have changed a VIN, but he did so with the DMV's authorization.

Also recall that a person is only guilty if he “intentionally” defaces, destroys or alters a VIN. This means he has to commit such actions with the specific purpose of doing so. Otherwise, if he lacks the intent, or alters a VIN on accident, he is not in violation of the law. For further discussion, please see our page on "accident" as a defense to a criminal charge.

Sometimes a person might purchase, or otherwise receive, a vehicle whose VIN has already been changed or altered. If this is the case, the party is not in violation. A person only commits an illegal act under this section if he himself, or arguably his agent, changes or alters the VIN.

The crime of destroying, defacing, or changing a VIN is charged as a California misdemeanor. As such, it is punishable by:

The crime of destroying, defacing, or changing a VIN is charged as a California misdemeanor.

There are three crimes related to a violation changing VIN numbers. These are:

California Vehicle Code 10802 VC makes it a crime for a person to alter a VIN for the purpose of misidentification.

A person is guilty under VC 10802 if he tampers with a VIN in order to:

Vehicle Code 10802 VC is a California “wobbler” offense. A “wobbler” is a crime which can be charged as either a felony or a misdemeanor.

If charged as a California misdemeanor, VC 10802 carries a penalty of:

If charged as a California felony, however, the penalty is:

Again, a wobbler can either be charged as a misdemeanor or a felony.

If a VC 10803 violation is charged as a misdemeanor, the crime is punishable by:

As a felony, possessing such vehicles or parts is punishable under Vehicle Code 10803(b) by:

However, if a defendant purchases the vehicles or parts with tampered VINs, then under VC 10803(a), he can be punished by:

An exception is for motor vehicle scrap processors who legally process motor vehicles or parts by crushing or compacting, but who do not remove the VINs during processing.

California Vehicle Code 4463 VC, fraudulent vehicle registration, makes it a crime to alter, forge, counterfeit, or falsify any of the following with fraudulent intent:

It also makes it a crime for a person to possess or display a registration card or stickers which are:

Finally, Vehicle Code 4463 makes it a crime for a party to try to pass off as genuine a registration card, license or stickers which he knows are false, altered, forged, or counterfeited.15

As a misdemeanor, the penalty is:

As a felony, it is punishable by:

California Vehicle Code 10752 VC makes it a crime to sell a vehicle identification number or to possess a VIN that is stolen or fraudulent. This offense is also a wobbler. A misdemeanor conviction carries a sentence of up to one year in county jail; a felony conviction carries up to 3 years in state prison.

Were you accused of destroying, defacing or altering a vehicle identification number in California? Call us for help…

If you or someone you know has been accused of a crime, under Vehicle Code 10750 VC, we invite you to contact us for a free consultation. We can be reached 24/7 at 855-LAWFIRM.

(For similar accusations or charges in Colorado, please see our article on Altering or Removing a VIN (Colorado 18-4-420 (3) C.R.S.)).