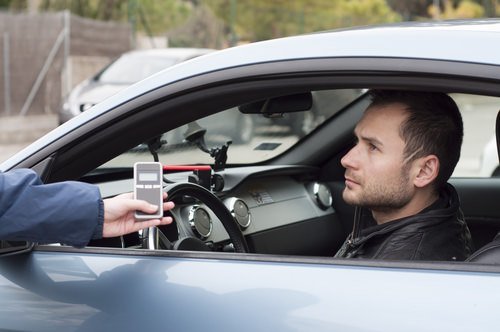 A California based company recently made a breathalyzer test for marijuana.

According to an article on Newsweek.com, a California based company recently made a breathalyzer test for marijuana.

While currently not in use by law enforcement, the new device has the potential to be used by police to detect if a driver is driving under the influence on marijuana.

Currently, California police officers use a mouth swab test in the field to determine whether a motorist is driving under the influence of drugs (DUID).

DUID can be charged as either a California misdemeanor or a felony depending on the specific facts of a case. The penalties for the offense can include:

The device in question was created by Oakland-based Hound Labs. It's essentially a disposable cartridge near the size of a smart phone. Like a breathalyzer test machine for alcohol, a motorist blows into the cartridge via a small tube. The device can then detect whether a driver used marijuana within the past two hours, which many experts consider the peak time for the full effects of THC to impact a person's system.

The new breathalyzer machine is not in use by law enforcement personnel. However, it is a hope that the device can be put in use at some future date to detect when a driver may be under the influence of marijuana.

A mouth swab test (“MST”) is currently used by California law enforcement personnel to check whether drugs are in a driver's system. The test is used in the field once an officer suspects that a motorist is guilty of DUID.

In conducting a test, an officer gives a driver a mouth swab and has the driver rub it inside his mouth for a few minutes. The officer then places the swab inside an MST device and adds a vial of testing solution. The device provides results in about six to eight minutes.

The MST is used because other roadside tests -- such as a breathalyzer test or a blood test -- either do not detect the presence of drugs or are inefficient in doing so.

The mouth swab test can detect seven specific drugs (including marijuana). However, it cannot detect the precise level of drugs in a person's system. Blood tests are now used to determine this.

The new breathalyzer test appears at a time when states are increasingly legalizing the recreational use of marijuana. To date, nine states (including California) have legalized marijuana use for recreational purposes. Further, medicinal marijuana use is approved in 31 states.

While the recreational and medicinal use of the drug gets legalized across the country, it is still illegal for motorists to operate a vehicle while under the influence of marijuana. California law states that it is illegal for someone to drive:

A California DUID can be charged either as a misdemeanor or a California felony. The crime is punishable by: