Penal Code 220 is the California statute that defines the crime of assault with intent to commit a felony. A person violates this section by assaulting another person with the intent to commit one of the following additional crimes:

To prove this charge at trial, a prosecutor must establish that the defendant:

1. What does it mean to assault someone?

An assault is an application of force to someone else. That contact has to be harmful or offensive to a reasonable person.

The slightest contact is sufficient for an assault. It does not need to be painful or harmful. Offensive contact is enough.

The contact does not have to be direct. Using another object to create the contact can be assault. Making contact with the other person's clothing can amount to assault.

Examples of assault include:

2. What is assault with intent to commit mayhem?

Most violations of Penal Code 220 involve an intent to commit a serious sex crime. Penal Code 220 can also be violated by intending to commit mayhem. Mayhem is the crime of unlawfully and maliciously:

Charges of assault with intent to commit a felony often come with other charges for related offenses. These include: 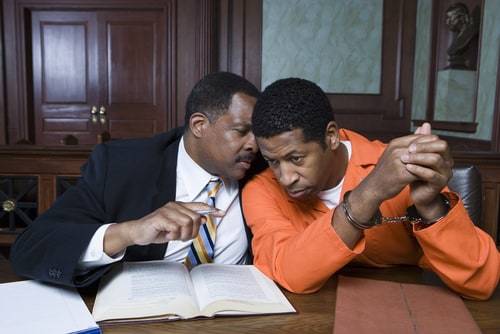 5. Are there defenses to the crime?

There are legal defenses to an accusation under California Penal Code 220. People accused of assaulting someone with the intent to commit a crime can argue that:

6. Is abandonment a defense?

Abandoning an attempt to commit a sex crime is not a defense to PC 220. Once an assault has been committed, merely entertaining the idea of committing a sex crime completes the offense. Abandoning that intent does not take it back.

Example: A man pulls a 14-year-old into his house and holds her down so he can have intercourse with her. Rather than raping her, though, he ejaculates on her stomach.4

7. What are the penalties?

Typically, the penalties for a violation of Penal Code 220 a range of two, four or six years in jail or prison.

If the victim was under 18 and the intended felony was a sex crime, the jail or prison term is a range of five, seven or nine years.

Defendants who were committing first-degree burglary face higher penalties. If they assault someone with the intent to commit a sex crime during the burglary, they face life in prison.